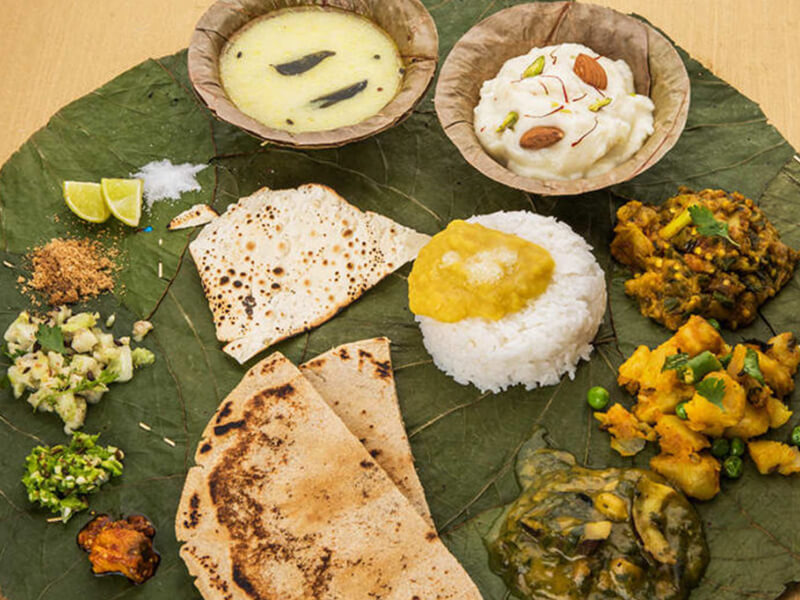 Which community does the food belong to, I asked while sitting down at the rickety table on which a rather vibrant lunch was laid out, at the Chittoor Toddy Shop, in Kerala. My question flummoxed Kochi culture evangelist, hospitality professional and food writer Shana Susan Ninan, who was showing me around Kochi. As it flummoxed Karthik Murali, the founding member of Eat Kochi Eat (Kochi-based food group), when we later met over a cup of Sulaimani tea.

Food has no religion, I learnt in God’s Own Country. “The toddy shop menu does not belong to any community,” said Karthik. It’s just spicy as the food is accompanied with copious amounts of toddy.” The dishes I tried — the tomato-based anchovy curry, the dried dal and the slow-cooked pork and yam — left my tongue seared yet didn’t overwhelm me. The heat quotient was a function of black pepper after all – the original heat-inducing spice in Indian food; not chillies which can get a lot more intimidating.

“The toddy shop food is hyperlocal,” said Shana. “The menu reflects the dietary preferences of the district, which the toddy shop services.” In Alleppey, it is the fish head curry that rules as I learnt from Oneal Sabu, who writes on the food and culture of Fort Kochi. At the Chittoor Toddy Shop, I got to enjoy a thick gravy-based dish made entirely with chicken ‘spare parts’ or offal; this is a dish similar in philosophy to the Parsi aleti paleti, where the discarded offal from goat meat from wedding feasts is served next morning as a hearty breakfast dish. It reminded me of
the weekend murgir jhol from my childhood in Kolkata, where the offal and bony bits of chicken in the curry were as prized as the drumsticks and thighs.

This was my first trip to Kochi and I must say that my favourite dish of the trip was one that I had at the Malabar Café of the Grand Hyatt Kochi. I am talking of the traditional Keralite breakfast dish of Pazham Kanji. It consists of leftover matta rice from the previous day – soaked in water and fermented overnight. You add pickles, coconut chutney, buttermilk or curd, infused with mustard at times, to the dish, then smash in small red onions and have it for breakfast. Take bites of fresh green chilli while having this most soothing, refreshing and cooling treat. It is similar to the panta bhaat of Bengal or the pakhala of Odisha. It is had in Tamil Nadu too said a reader on seeing its picture on my social media feed. She was surprised that such a ‘humble’ dish was offered in a luxury hotel.

Well, that is the beauty of Indian food that we are all waking up to. While ‘zero waste’ might be a woke buzzword today, it has been an integral pillar of the Indian food tradition from times immemorial. Be it the mochar ghonto made with banana blossoms in Bengal or the phod ni chi roti in Maharashtra (where previous night’s rotis are shredded and tossed in a pan with spices to make for a gala breakfast dish), nothing is ever wasted in an Indian kitchen.

There are countless other examples of great dishes across the country which is made with produce that is discarded the world over, and leftovers too. Please write to us at www.kitchentales.com with examples of such dishes from your kitchen.