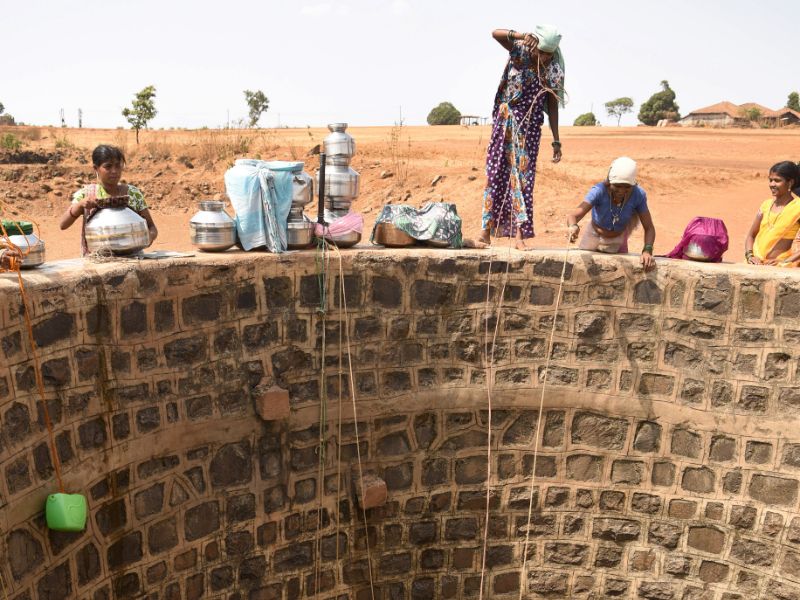 1. Krishnarajasagara dam near Mysuru is racing towards its dead storage level 2 months before monsoon
2. Deforestation, irrigation and agricultural projects have swallowed the forests of the Western Ghats.
3. Western ghats are the source of most rivers in south India, including the Cauvery.

MYSURU: It’s only once a year that the priests of the Kaveriamma temple at Talakaveri, the source of river Cauvery in Kodagu (Coorg), use water from the holy pond, or kundlike -the annual festival when the river revives and bubbles up as a spring. The theerthodbhava festival is about five months away, but priests have already started drawing water from the kundlike because the open well that serves the temple and thousands of daily pilgrims, has gone dry.

It’s never run dry before, says chief priest T S Narayanachar. “This place had plenty of water because of the forest. Now pilgrims have to buy water,“ he says. Deforestation, irrigation and agricultural projects have swallowed the forests of the Western Ghats, source of most rivers in south India, including the Cauvery.

The river drying up at the source means water flow to the Krishnarajasagar (KRS) dam near Mysuru has decreased steadily. This impacts water supply to Mysuru, Mandya, Bengaluru and the entire Cauvery basin covering more than 80,000sqkm across Karnataka and Tamil Nadu.

Large swathes of forest have been submerged by dams or hacked away for railway and power lines over the last few years, and rainfall has been decreasing steadily over the last four years (see box). The district is showing signs of the drought that has already turned dry the plains of Shivamogga and Chikkamagaluru. “Habitat manipulation of the Western Ghats in the name of development, including irrigation, deforestation and expansion of farm practices has led to reduced rainfall and consequently, reduced inflow in the Cauvery,“ said P M Muthanna, member of conservation advocacy organization Wildlife First. The current shortage of drinking water in Kodagu is a warning about the effect of habitat destruction, he noted.

Construction of three dams -Harangi on the Mysuru-Kodagu border, Hemavathi at Gorur in Hassan district and Chaklihole near Kushalnagar in Kodagu -submerged vast tracts of forest area in Kodagu. In the 1950s and 1960s, lakhs of trees were felled for timber. The impact is being felt now.

Groundwater utilization has shot up due to tourism. Per capita consumption of drinking water has doubled in the district. In 2016-17, 30 lakh tourists visited Kodagu, while the district population is a mere 5.6 lakh.

Kodagu Hotel Owners’ Association president B R Nagendra Prasad said the hospitality and tourism sector has grown rapidly in the past decade. About 200 hotels and 40 resorts have been set up in the district, he said, as a result of which water usage, especially on weekends, is high. Almost all hotels have their own borewells, he said. Tourism assistant director Jagannath confirmed that about 30 lakh tourists visit the district every year; there are 561 registered homestays. and more than 2,500 unregistered homestays as well.

Manoj Kumar, chief conservator of forests, Kodagu, said the change in land use from agriculture to tourism also affected water levels.“Kodagu has about 32% forest cover but the Cauvery catchment area mainly consists of private and revenue lands. Sadly, in many of these areas, the revenue department is allowing conversion of land from agriculture to commercial use without control. This should be stopped,“ he said.

“Wetlands, which include paddy fields and marshes, are crucial to the life and health of our rivers. If the wetlands dry out, so do the rivers. Unfortunately, paddy fields are being converted for commercial purposes and housing layouts are coming up on the ecologically sensitive lands,“ said Madikeri resident and physician Dr Sanjeev Singh, who is part of the Save Cauvery Campaign.

Will Mumbai Drown, Why we ignore climate change