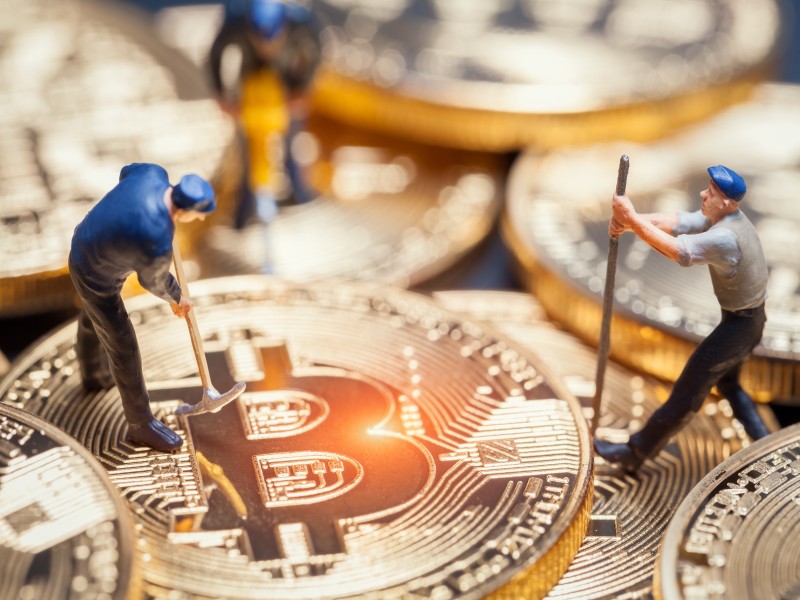 The crypto-asset space has become crowded with over 13,000 altcoins. What makes it even more challenging for the investor are cheap namesakes of popular cryptocurrencies

Sahil Mehta (name changed), 29, a digital marketing professional, started his investment journey last year. From stocks to mutual funds to smallcase portfolios to gold, Mehta has been investing in several assets. Then, earlier this year, his focus shifted to a new and exotic asset class — cryptocurrencies.

Having seen his friends make substantial profits on their Bitcoin (BTC) investments, Mehta was looking for the next best crypto opportunity. “After Bitcoin, I’ve seen Ethereum to be the most popular cryptocurrency and wanted to put some money in it,” he says.

When Mehta opened an account with a crypto exchange to invest in February, he saw two tokens with the word ‘Ethereum’. One was Ethereum (ETH), which was trading above $1,500 per token at the time, and the other was Ethereum Classic (ETC), which was quoting at around $7 per token.

Mehta bought Ethereum Classic as it was “cheaper” of the two and he believed it was a good bargain. When asked whether he knew the difference between the two or the concept of ‘hard forks’ or the successful ‘double-spend’ attack that happened on the cryptocurrency in August last year, Mehta was clueless. Indeed, many won’t be familiar with these terms. Before we get into their details, let’s take a quick look at how the crypto market has evolved in a little over a decade.

It all began with Bitcoin in 2008. Then came a plethora of crypto tokens, commonly known as altcoins, or alternate cryptocurrencies, which were touted as a better alternative to the first digital currency. Over the last few years, the entire crypto-asset space has grown and today more than 13,000 altcoins collectively command a market cap of $1.4 trillion, according to CoinMarketCap.

It’s hard to navigate such a crowded space. What muddies the waters further are cheap namesakes of popular tokens. Investors must understand where these namesakes come from, and whether they are as secure as the popular tokens.

Let’s look at hard fork. Crypto tokens such as Bitcoin and Ethereum work on top of a distributed ledger known as blockchain, which literally means blocks of data forming a really long chain that has records of all the transactions on the network since its origin.

A fork in a blockchain happens when the developer community makes changes to the basic rules of the protocol. This leads to a chain split wherein the new chain of blocks heads towards a new direction while preserving the entire transaction history from the original one.

There are two kinds of forks — soft fork and hard fork. We will be focusing on the latter as it is responsible for deploying namesake tokens. A hard fork is an event in which the basic protocol changes so much that it isn’t backward compatible to the historical blocks and as such the blockchain will split into two where one is the original blockchain and the split version is a completely different one with a new crypto coin on top of it.

Coins such as Bitcoin Cash and Bitcoin Gold came from the original Bitcoin network via a hard fork. So did Ethereum Classic, an offshoot of Ethereum.

But these aren’t one-off events.

Take Bitcoin. As per Forkdrop, a directory of crypto asset forks and airdrops, there have been 105 Bitcoin fork tokens since the digital currency came into existence. Of these 105 Bitcoin fork tokens, 74 are considered active and 31 are projects that are no longer relevant. According to Forkdrop, 22 altcoin fork projects have originated from the likes of Ethereum, Litecoin (LTC) and Monero (XMR).

“We work closely with our partners and industry peers to discuss and decide whether or not to support tokens that have been hard forked,” says Sharan Nair, chief business officer, CoinSwitch Kuber.

Gaurav Dahake, CEO and cofounder of crypto exchange Bitbns, says, “In terms of token splits like Bitcoin becoming Bitcoin Gold (BTG) or Bitcoin Diamond, we typically don’t keep such tokens on our platform. Instead, we give the same ratio of Bitcoin or any relevant token back to our users at the same price as it was at the time of splitting.”

He says new users can get confused between Bitcoin and Bitcoin Gold or Bitcoin Diamond. “We don’t want that to happen. In case there is some genuine fork that has happened where the new coin has some actual utility or there is a design change in terms of how the network operates, we support both of them and start trading in those formats,” he says.

ZebPay has a similar approach: the fork that is most preferred by the investor community is supported by default. “As for the other forked token, if we deem the network is stable, not vulnerable to double spends or 51% attack etc., we put it into the new token screening process,” says Avinash Shekhar, co-CEO, ZebPay.

In case of a hard fork, CoinDCX normally keeps both the new fork token and the original token on the platform.

That brings us to ‘double spend’ attacks and how they are connected with such fork splits.

The problem of ‘double spending’ (or 51% attacks), where the same digital token can be spent more than once, has been one of the biggest problems while making a digital currency. Bitcoin solved this problem with proof-of-work (PoW), which secured the network by making it prohibitively expensive for attackers to rewrite the blockchain and reverse transactions that are considered settled. But in theory, attackers can still execute a double-spend on the network with a ‘51% attack’ where they have control over 51% or more of the hash rate of the network. What seemed possible only in theory became a reality as the market got crowded with altcoins that weren’t able to attract enough interest from miners and hence didn’t have enough hash rate to secure the network. Mining hashrate is a security metric: the more hashing or computing power in the network, the greater its security.

Often, in the case of hard forks there is a lot of friction between the communities of the respective coins where each one claims that their token is the primary one and the counterpart is only secondary. But the chain that gets the most support from miners ends up as the primary token or the main blockchain. Hence, value and network security tend to accrue to only the ones that attract the most miners, developers and users over time.

The story has been no different for tokens such as Bitcoin Gold, Bitcoin SV (BSV), and Ethereum Classic, as both the networks have seen successful 51% attacks on them.

Bitcoin Gold has been exploited in 2018 and 2020. Ethereum Classic, which split from the Ethereum main network in 2016 after the exploitation of the Decentralized Autonomous Organization (DAO) project, saw multiple successful 51% attacks. Similarly, BSVsaw a 51% attack on its network in August. The consequences of such attacks can be damning for the holders of these tokens and it compromises the sanctity of the entire network.

Shekhar from Zebpay says customer education and strong communication play a key role in clearing the confusion in the event of a fork where new tokens are created. Neeraj Khandelwal, cofounder of CoinDCX, concurs that the presence of namesakes can pose a challenge to new investors. He believes that the crypto exchange’s learning platform DCX Learn can help investors.

On the matter of double-spend attacks, all the exchanges ET Prime contacted had a similar process in which they immediately stop withdrawals and deposits for the compromised token and then monitor the situation for patches and fixes.

Nair of CoinSwitch Kuber says the crypto industry is jointly working to frame stringent policies on this matter. While all these are good steps, most of them are reactive and platforms should become more proactive to deal with such situations.

Joel John, principal, Ledgerprime, says, “A simple thing for exchanges to do is to create a fork zone and add all the forked instruments into it.” He adds that the problem is that exchanges have to be neutral because forked chains can grow to be multibillion-dollar networks. “Not supporting them or taking a contentious stance can be bad for business.” He says an alternative solution would be listing assets on the basis of market capitalisation. “Ultimately, users have to be aware of what they are buying into. Regulators also have a role here. A simple popup box, asking, ‘you are buying a forked version of XYZ, are you sure this is what you want to buy?,’ could make a sea of difference,” he adds.

Meanwhile, Mehta’s blind punt on Ethereum Classic played out in his favour as it rallied to an alltime high of $134 per token before crashing. The sudden slide spooked Mehta, who exited with some profit.

But investors who bought the token at its all-time high weren’t so lucky as it has corrected 60% from its peak in May.