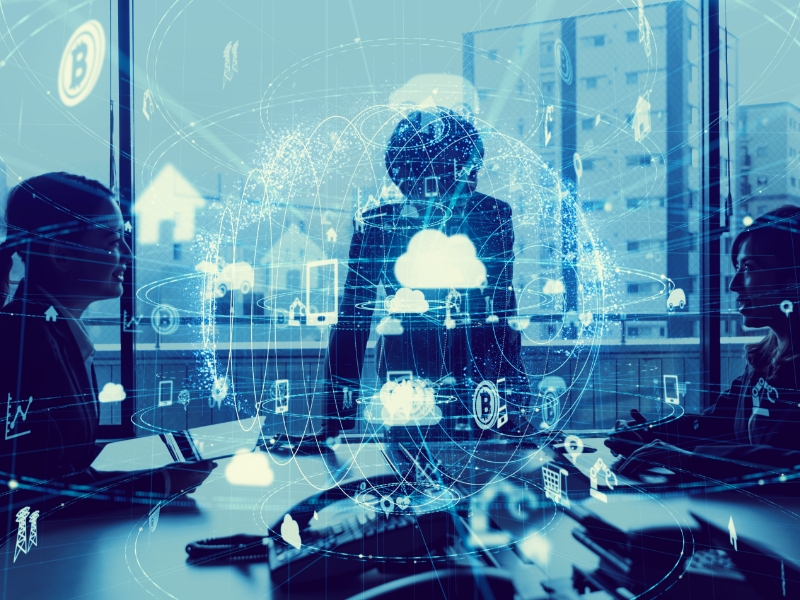 Technology is changing the way businesses operate, in ways not imagined before. Top leaders from impact sectors said it is a process that is only accelerating, as they outlined their vision of the future

There’s a new virtuous cycle in place. New technology impacts companies’ products and business models and, by consequence, entire industries. Such changes then in turn influence consumer behaviour, which again impacts and influences the next generation of technologies. This trend is noticeable across industries. Take online classifieds, for instance. Amarjit Singh Batra, CEO of OLX India, points out that the company’s mobile app has completely done away with phone calls and emails for customer engagement. Instead, people communicate only by chat. “Also, unlike earlier, people log in to the app using Facebook or Google, so everybody on the platform is a known person,” says Batra. “And because of these behaviour changes, industries also change. More such things will happen. We will have to adjust our platforms, technology, offerings, based on how people are adopting them.”

Then, take FMCG, an ancient sector where companies with the maximum distribution muscle tend to dominate, plus it is a sector not known for being too high-tech. “For FMCG and technology, there is no turning back. Today, Facebook has more subscribers than television households in India. That’s the tipping point,” D. Shivakumar, Chairman & CEO of PepsiCo India, said. “The information asymmetry which was there in FMCG will no longer be there. Information is freely available for anybody right now. Earlier the manufacturer and distributor knew far more than the consumer. Today, that’s not true.” So, you feel surprised but not shocked when Rajesh Janey, President & MD, Enterprise, of technology vendor Dell EMC India, informs that the company did a global survey of about 4,000 business leaders in January. Key findings: 48 per cent leaders don’t know what their industry will look like in three years; 78 per cent feel threatened by digital start-ups; and 45 per cent fear they may become obsolete in three to five years. But there is another interesting twist. These pearls of wisdom and deep insights came from business leaders who are convinced about the core role of technology in business going forward. At a platform created by The Economic Times and Dell EMC in Delhi recently, six top business leaders had come to speak about “business transformation” as they see in their respective industries in the next five years. But they all ended up saying that this business transformation is something that is deeply impacted bytechnological progress and will perhaps become more so as time advances. (Read the boxes for highlights on what each speaker outlined.) No industry is immune from modern technological influences. Not even something as basic as agriculture.

Siraj Chaudhry, Chairman of Cargill India, said: “Even today, 60-70 per cent of indian agriculture is directly dependent on monsoon. That’s where we are seeing investments. That’s where technology steps in – crop protection, better utilisation of water… We have to continue deploying more technology both at pre-harvest and post-harvest level.” Or take healthcare. There is a lot of noise and publicity about how robotics and automation technologies are making devices better, surgeries safer and so on. All that is true, but there are significant undercurrents, too, things that are not visible to the lay observer. It takes a specialist like Rajit Mehta, MD & CEO of Max Healthcare, to highlight such instances: “Consumers of today are also consumers of Amazon, Airbnb, MakeMyTrip, etc. And they carry the same expectations when they walk into hospitals – on efficiency, speed, transparency, information.” Such expectations force companies to adjust and change the way they function, and communicate with and relate to the consumer. “This sector is going to be in very different shape five years from now, and technology is going to be the biggest disruptor,” said Mehta. On its part, the IT industry has been facing some headwinds in recent times with the rise of protectionism in developed markets including the US, which are Indian IT services companies’ biggest markets. But Raman Roy, Chairman and MD of Quatrro who is considered the father of the country’s BPO industry, is not worried. And he backs his positivity with a very simple thesis. The industry’s customers – global 500 companies – are seeing their own customers going digital in a big way. So, these global 500 companies also have no choice but to go digital. “What I’m trying to bring out is, if they have no option but to go digital, they have no option but to play with this industry.” There are flipsides to everything, and industries need to reorient themselves accordingly. For example, PepsiCo’s Shivakumar says the tonnes of data that will be generated will create a breed of marketers “who I call data-rich, insight-poor”, adding that data is going to be commodity and those companies will emerge winners that will manage to extract outstanding insights on the data. “Today most companies don’t use 95 per cent of the data they have,” he said. “If you want to shut off all the reports which come to you, the only report that people see is the sales report in the morning. You shut off every other report; nobody will lose anything.” That will need to change, and fast. Change is on the horizon in every industry, and the journey has just only begun, even for the IT industry itself. “None of the key areas – business models, investments, digital platforms – are we as an industry 100 per cent ready. There is a lot of experimentation, learning happening. We will get to that level. That is what will happen in the next five years,” said Raman Roy. “There is a lot that is seen and understood, but there is a lot more that is unseen and not understood by outsiders and even by industry insiders, because that is an unknown, it is changing every day.” Indeed. That is true of practically every industry today, perhaps more so than ever before.