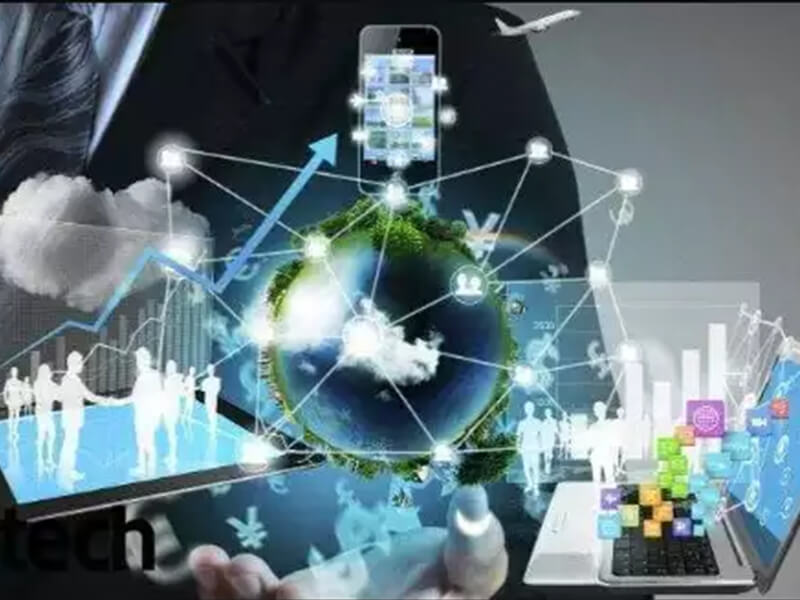 As companies become customer-obsessed from being mere customer-centric, marketeers will have to bank on technology and personalisation to stay relevant

Ravi Santhanam accompanied his father to the railway station to book tickets for Mumbai (then Bombay). He was just 12 years old; it was his first visit to Mumbai. Years later, his second trip to the tinsel town was for a job. He booked the air tickets with the help of a travel agent. “For the next few years, every time I travelled I went to an agent,” says Santhanam, who is now the Chief Marketing Officer of HDFC Bank, India’s largest private sector bank.

Then, around 2005, the Internet started growing, and then came smartphones. In between, booking of travel tickets shifted online.  Santhanam stopped going to his travel agent, too. He calls this the “threshold of irreversibility” – when a new way of doing things is adopted by a significant majority, the old way ceases to exist. Technology is the biggest driver of this change. “This is a constant evolution. The same thing happened in banking – first there were the branches, thencame the ATMs, then Internet banking and now mobile banking,” says Santhanam. “The next phase is conversational banking. Tell Alexa to transfer money to a person and it will happen.” Alexa is Amazon’s artificial intelligence-powered voice assistant, which executes tasks on voice commands.

As habits evolve, marketeers will be forced to use technology to appease consumers. Social media and technologies like artificial intelligence and big data are already driving higher degrees of personalisation, which in turn is disrupting conventional marketing techniques. Consumers want marketeers to identify problems and solve them in a convenient and frictionless way, Santhanam explains. India has over 400 million smartphone users; 800 million are expected by 2022. At 483 million, the number of people who access the Internet is a tad higher than smartphone users, according to Statista, making India largely a wireless broadband nation. As more and more people use the Internet on their handhelds, it will generate humungous amounts of data, leading marketeers to find ways to target these user segments. The usage of the Internet ishighest among the youth, which make them the marketeer’s most sought-after category. Millennials are like “drummer in a rock brand travelling around the world”, says Vaishali Sharma, Head of Marketing for the MAX cluster of channels and Sony SAB. Sharma says that millennials are tech humanists — they believe technology establishes human connections. They are also unapologetic risk takers, and they want to experience life more than saving for the future, building a house and owning a car. Companies like Netflix, Spotify and Airbnb understand that. If you have booked a stay on Airbnb, it would start suggesting you places to visit in the vicinity. Spotify gives you music that you like. Netflix keeps suggesting names of series and movies based on your search and viewing history. But personalisation is not limited to the new-age companies. “As marketeers, we want to make personal connections,” says Oded Benyo, President, Email Practice and Conversant Europe, Epsilon. “About 90 per cent of consumers expect personalisation and find it appealing.” For example, on average, every phone connection gets some 517 messages a month just from marketeers. “One way to stand out is to have a personal and meaningful connection with the consumers. Technology allows you to do that,” says Benyo. If a lady bought a dress, she might be interested in a shirt or shoes. Or, if the price dropped of a particular item, which a person had seen in a store or on the website a couple of weeks ago, it might be relevant information for a purchase. It plays well for Reliance Retail, the country’s largest retail company owned by Mukesh Ambani’s Reliance Industries, which boasts 100 million customers. The same customers buy food in Reliance Fresh, clothes at Reliance Trends, TVs in Reliance Digital, or jewellery in Reliance Jewels, explains Lalatendu Panda, CMO and Chief Digital Officer at Reliance Retail. To get the customer to keep coming back to Reliance, the company has built a mobile-based loyalty programme. Earlier it was a cardbased programme, which wasn’t fulfilling the need of understanding customer data. “Now, 85 per cent of the customers are completely tracked. We clearly know the customer segmentation. One is transaction based. The other one is behavioural. If someone is buying diapers, we know that there is a baby in the house. We start giving them coupons on other baby products,” says Panda. There is more. Earlier the company sent offers on emails. People didn’t see them. Now it sends a link through mobile messages, which allows it to track who has seen it and who hasn’t. Reliance Retail has also shifted from print pamphlets to Google Ads. “We track how many customers have seen the ad and are coming to the store. Ad budgets are moving from conventional marketing to Facebook and Google to drive customers to the store,” Panda adds. Sharma says that at Sony, they track emotions and interests.  Insights that it got from young people on love, relationships, sexuality, and why they get married, helped in fine-tuning content, and changing the tonality of Bawale Utawale, a TV series in SAB TV, based on a small town love story. But insights are good only when there is human intervention, and it should solve a problem. “If technology doesn’t solve a problem, we don’t even look at it,” says Santhanam. “Human intelligence precedes AI. AI can help in achieving a lot more, but human intelligence tells us what’s good for the customer.” Technology helps in amplifying and scaling up the use cases.

TECHNOLOGIST or Marketeer, or both?

Every industry and, within every industry, every business unit will go through a shift, largely driven by technology. In that process, the role of a chief marketing officer, too, shall evolve.  What do you call him? The Chief Marketing Technologist, where there will be a merger of the role of the Chief Technology Officer and the marketeer?  “I get to keep my job because the word ‘technology’ is there,” says Asfar Khan, Director – IT at Kellogg’s South Asia, with a smile on his face. “It is not just marketing, take any vertical, tech will have an influence.”  Kellogg’s is an American food company known for its breakfast cereals. Khan knows that food is a very personalised item, and it is important to understand what customers want. He is quick to throw an example. “North Indians will always have their parathas, and South Indians will have their idlis,” he says.

India is not a one-product-fits-all market. These are things that a marketeer should know, not Khan, who is a technology head. But in this changing world, Khan cannot afford to get drowned in servers and virtualisation or talk geeky about quantum computing and cognitive intelligence. He talks consumer. “Kellogg’s market segment is urban. We don’t venture into rural. But the growth generators are coming from the B and the C cities,” Khan says. “Most of the technology interventions are to make the product better, and to supply it in a much more efficient manner. It’s the same with PepsiCo and Coca-Cola,” says Khan, who believes that it is important for companies to localise. The highestselling pizza for Dominos is the Paneer Pizza, while Italians would not know of Paneer. “Kellogg’s is looking at how to localise the palate of the consumer,” he says.  Localisation can’t happen without understanding customers better. Data on gender, demographics, behaviour, age, Internet usage patterns and income are just a few segments. “Segmentation is in the heart of marketing,” says Jayant Desai, Director – Marketing, PayPal India. “One of the segmentations is affinities, which is what rocks the socks off for brands. That is very important to know, much more than what their age is, or where they are living.” There is a reason. The moment a marketing campaign results in a sale, real money gets involved. Desai understand more than anyone else. PayPal is an online payment company. “Payments is like the moment of truth when people are ready to buy. Behind every transaction there is a story, and we are part of that story,” says Desai. He adds that if a company can track those affinities and those customer stories, using technology, the journey is long and highly profitable. That is also the reason why PayPal entered the domestic payments space, where it can directly engage with the buyer. “One way to become a part of those customer moments is by giving cashbacks… That’s a way we do sampling of our product.” Cashbacks are important for millennials. They buy in smaller quantities, and buy again and again – very different from the traditional Indian, who believed in buying in bulk and storing it. “Millennials don’t have space to store,” says Khan. But small packs have its share of problems. “Coca- Cola introduced sensors at retail points to track how many times a cooler door is opened to sell a Rs 10 bottle,” says Khan. The price of the bottle did not justify the cost of technology implementation, and the plan was abandoned. But as the role of the CTO and the CMO blur, their best future lies in powerful predictions. Khan, who spent five years with Walmart, says that in the US when a consumer walks into a store, Walmart’s systems read his eye-print, and predict where he will go and what product he will pick up from the shelves. Once the product is picked, the system informs the supply chain to replenish the stock. That’s yet to happen in India.

Roger Fisk – Individuals are organizers that need to be activated

Leonard Mlodinow – Why your brain is killing your ideas?

How brands can build trust in post-truth world

Winners of BE Marketing Awards 2020

Ashish Mishra – The definitive guide to India’s most valuable brand

Dr. Beau Lotto – Why doubt is better than knowing