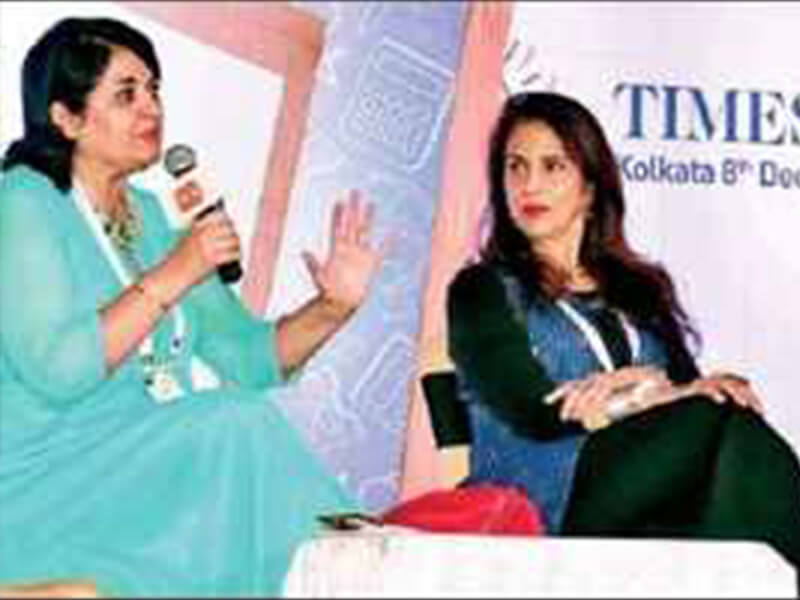 In an afternoon session of the litfest, author Shobhaa De and Sharbari Zohra Ahmed of ‘Quantico’ fame deliberated on pertinent issues that women authors face. Chaired by novelist Kishwar Desai, it was a discussion on how there is a sense of discrimination that women authors face across the world, even today.
“The general perception is that you are a woman. No matter how good you are, writing is treated as an activity you do on the side, like a hobby,” Shobhaa De said, adding, “In most cases, people have difficulty treating women as full-time writers.”

The author of ‘Starry Nights’ continued, “A man has the luxury to say, ‘Don’t disturb me, I am writing’. But I don’t think a woman gets the privilege to do something like that.”

The two authors were of the opinion that the society, and family, make adjustments or compromises to facilitate a man to carry on with his task whereas a woman writer has to adjust to make space for the needs of the family alongside her writing.

“Unless you are a J K Rowling in the United States, you need to have a side hustle,” Sharbari quipped. “Even after the success of ‘Quantico’, the people around me have difficulty viewing what I am doing as a job,” she added, pointing out that even in developed countries, stereotypes and gender bias are something women authors have to deal with daily.

“We might have an army of women heading successful publishing houses, but the publishing industry is grossly patriarchal,” said Desai, adding, “For instance, if Amjad Ali Khan wrote a book, he will be more likely to find wider acceptance than Shubha Mudgal, who will probably haveto face a lot of questions because she is a woman.” This mindset has to change, Kishwar said.

She added that many authors, like Sudha Murthy, are trying to break this patriarchal stereotype. De said that one way to break free of the stereotype is to write on what one wants to write about. “I don’t see myself as a woman writer. I see myself as a writer. Before my first book came out, a publisher told me there was no market for a woman as no one was interested in women’s voices,” De recounted.

The panellists wrapped up the session with a plea to society to break free of the patriarchal stereotype and create a healthy space for young authors, especially women, to carry on with their creativity.

A day in the life of India

From Narasimha Rao to Narendra Modi 25 years of Swaminomics

But Is This Art- Frances Morris

Hussain Zaidi on Political Matronage the dons and cons of Mumbai

At a Loss for Words Never! – Roshan Abbas