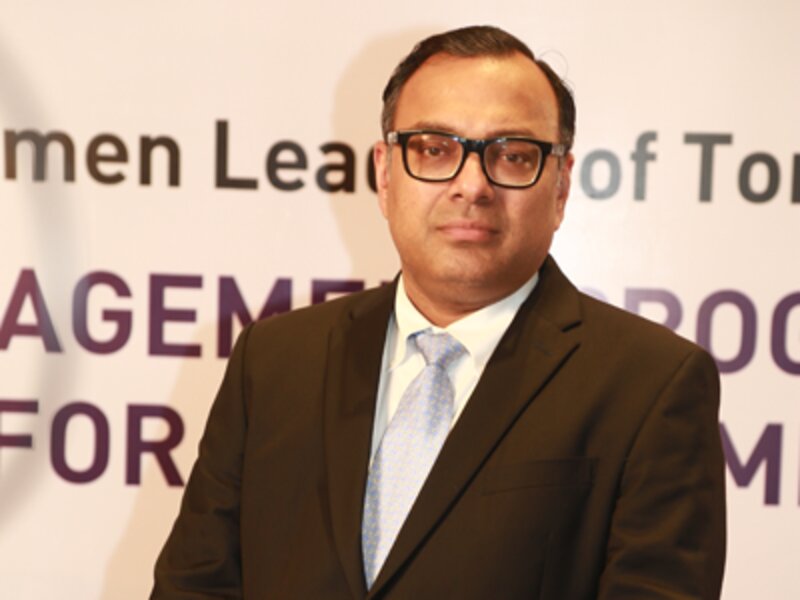 I was chatting with a daughter-in-law during a lunch break in a workshop that I was conducting for the family. I politely asked her what activities she was involved in, in the business family.

She was married into this huge industrialist family, with a US degree. She was financially independent, with her wealth from maternal home, coupled with some smart investments made earlier. Her husband and in-laws were busy managing their personal family wealth and hence did not bother about her wealth, which she managed on her own, and quite competently, from what she told me.

Her biggest challenge was making good use of her free time, for which she had chosen philanthropy in education to keep herself busy. What started off as a hobby, turned into a mission, which was driving all her efforts. A mission to give back to society in a meaningful manner. She was looking at an educational initiative that the family had started as a CSR initiative and she moved in basically to keep herself busy. She took some time to understand the system and to gain trust from the team who viewed her suspiciously at first, before backing her fully. Some of her anecdotes would have made a rich case study in any B-school!

She related to me, her difficulties in dealing with the administration, and the bureaucracy which had stifled all their good intentions. However, given her pedigree, she refused to compromise and did things the right way. Her determination and dignified stubbornness, which I could see from the way she was talking, helped her face this adversity. It took some time but were done right, even though there was a lot of pressure and temptation to take short cuts to get things done.

She stated that “I don’t care about the money. Money is important, but we need to build something that is offering solid value. We cannot build something which would hurt the family name. We are not a fly-by-night operation. We cannot play with the children’s future.” I was so impressed and curious, that I forgot about my lunch and spent the rest of the lunch hour listening to her story. She wanted some help with something, which I was more than happy to help her out with. The fact that I became one of her advisors subsequently, is a separate story!

It was later when I was thinking about the story that I realised that business families are making a difference in philanthropy. And this is something we have not realised. It was then I realised that how the face of philanthropy had changed and what are the implications.

Traditionally, there has been a great deal of literature which talks about the initiatives that companies have taken to uplift the communities that they have operated in. These were done for altruistic reasons, but also with the underlying intention to win over the community support and goodwill. In fact, major parts of undeveloped regions have succeeded due to these efforts. This was also aided by the government’s tendency to encourage industry to set up plants in backward areas. This may be a biased view, but I speak for some cases, not for everyone.

Over time, and for various reasons, corporate India started investing in social philanthropy but some of these efforts were “directed” philanthropy. I say this because the results were indirectly supporting the main business indirectly. For example, a company as a part of the CSR initiative, took up initiatives to educate people to become financially independent by learning a few skills which would eventually use or sell the company’s products. This could be construed as actually a marketing initiative disguised as a corporate CSR initiative. This may create livelihoods and better the lives of the people impacted, I am sure.

On the other hand, I heard about a company who took up the initiative to contribute some time to paint a school building, a school that they had adopted, which was not linked to their main business. Or another family business patriarch who has provided multiple schools in a backward region of eastern India with mid-day meals freshly made daily from his kitchens. Compare this to another school that I am told offers a banana and a biscuit as the mid-day meal.

Coming back to the business families.

What I found is that increasingly business families have been working on CSR initiatives, and these are high impact initiatives that no one is talking about.

Firstly the family is not interested in taking credit for this. So these initiatives are not for the purpose of splashing these activities across the media outlets. Far from it. In fact, they are quite media shy and would prefer not to be bothered and left alone to do their work.

Secondly, based on some research I have done subsequently, these are headed by the women of the family, who are educated, smart, and aware of how to run an initiative like a business. Don’t get me wrong. But I think that the biggest challenge facing our educational and NGO initiatives is that we do not run these like a business. A business cannot survive if it is not efficient. And that is where our social sector or even the educational sectors suffer.

They are run by well meaning, maybe even passionate people with high ideals, but occasionally they may not be always in touch with reality. A small flavour of business processes and outcome-based processes could do wonders for these organizations.

What is interesting to note is that the philanthropy by the business families is different. It is not giving a sum of money, in return for a mention on some marble engraved plaque or in an institutional brochure. These are amounts which are not insignificant but they come along with the involvement of the family and the support of the family business. And that is a good thing. Having access to a huge human and financial resources is a huge comfort. And these ladies are doing a good job, often away from the glare of the media. And they are very comfortable this way. They may need to raise awareness of the cause they are involved in, but this is not driven by an inner need to promote themselves, and the cause takes precedence.

Another characteristic is that they do not regard this as charity. The term is too demeaning and derogatory (as I was corrected by someone!). Philanthropy is a better term as they are seeking to improve society for all the stakeholders. The key distinguishing feature is that all their efforts are directed towards the society at large, and not towards any one category of individuals as such.

On the other hand, social projects where they are involved in, get instant recognition and a platform where they have a better chance for some good to happen. All these efforts are driven by their belief in the cause, in their recognition that they are blessed with wealth, and that they would want to use their wealth for the betterment of the society.

And this is being done, away from the media gaze, as the families that back them have businesses which achieve great laurels, these women are working silently and tirelessly, away from their families, in the streets of slums or villages which have yet to get the amenities that we take for granted, all with one single objective, to contribute towards helping society improve and make an impact.

Looking at these women, one knows that business families have their heart in the right place and that the society has people who care and are doing something in their own small way, to actually make a difference.