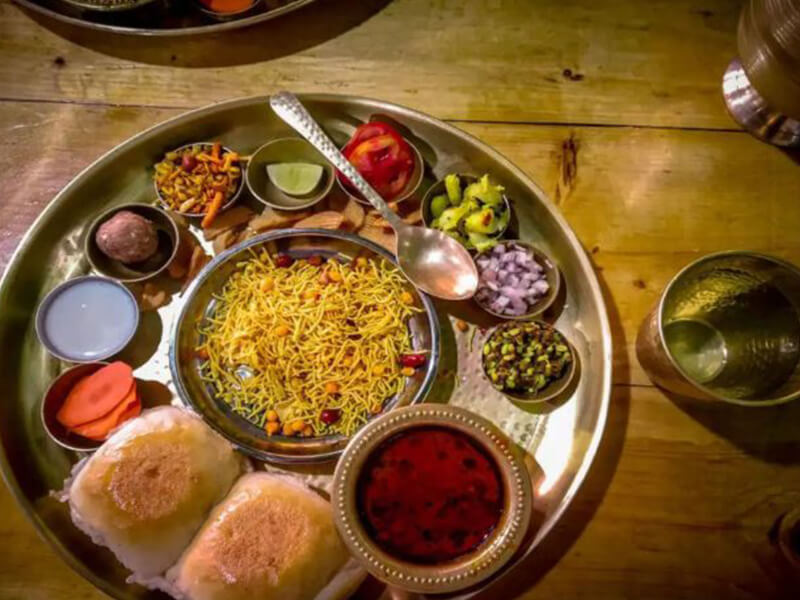 Whether it is their sense of discernment or the spirit of plurality. People in this satellite city take time to try new food. But once they like something, nothing holds them back.

How do you define the food personality of a city? This question struck me when I was at Pune recently, and there was a reason for this. Pune would often get omitted while working out sample plans when I had moved to Mumbai in the late 1990s. There was a premium on the number of cities one could choose, and the belief was that Pune was a subset of Mumbai.

Pune is anything but a subset of Mumbai, I realised later when I visited it to know its food better. Take the misal at its most famous misal shop: the 72-year-old Bedekar Tea Stall. It offers a mix of vegetables, such as bottle gourd and pumpkin but not the sprouts you find in the misals of Mumbai. Sprouts are absent in the misal in Shri Krishna Bhuvan at Tulsi Baug too. It’s a small eatery that traces its origin to a puri- bhaaji stall set up in 1941. The misal here has potato bhaaji and pohe [sic] along with the gravy called kat or ‘sample’, which provides the flavour base. Traditional misal places in Pune serve misal with sliced bread and not pav, unlike Mumbai.

I put my question to veteran food writer, Karen Anand, who’s been in Pune since 1989. “Pune is one of the most discerning markets in India. The hardest to crack,” said Karen. “It’s difficult to convince people here to spend money on something new. But once you do so, they remain loyal.”

This reminded me of what Pune-based food critic and food tour curator, Jayesh Paranjape, had told me about the oblong-shaped batata vada at the Garden Vada Pav stall, at Camp, in Pune. It is flatter than the batata wadas of Mumbai so that it can cover the entire surface of the pao in which it is sandwiched in. Customers get more batata per bite this way!

The cosmopolitan nature of the city is what defines Pune’s food character, said Jayesh. His Camp food walk exemplifies this. It starts with the JJ Garden Vada Pav (estd. early 1970s), then showcases food from the city’s Parsi heritage – such as biryani and mutton cutlace [sic] at Dorabjee & Sons (estd. 1878), bun maska jam and Irani chai at Café Yezdan, bakes at Husseny Bakery (estd. 1932) and Royal Bakery (estd. in early 1900s). Then there’s Gujarati khaman dhokla at Mahalaxmi Khaman Dhokla, a street-side shop that had started off as a cart in 1977.

Pune now has a number of cafes offering artisanal European patisserie products. I asked chef Taha Khan and Kuzaan J Dalal, co-owners of Le Flamington Café, on what it takes to make this work. “We stand across the counter and patiently answer their questions till our customers see the value in what we do and feel convinced to give us a chance.”

Please write to us at www.timeskitchentales.com and tell us about what defines the food character of your city, with examples, and we would love to share those stories.

How can you be a part of this? Keep a lookout for this space – where we will introduce fresh topics of discussion every week. Find us at:

www.timeskitchentales.com and share your stories. The most inspiring stories from the repository of ‘Times Kitchen Tales’ will be shared in this column.