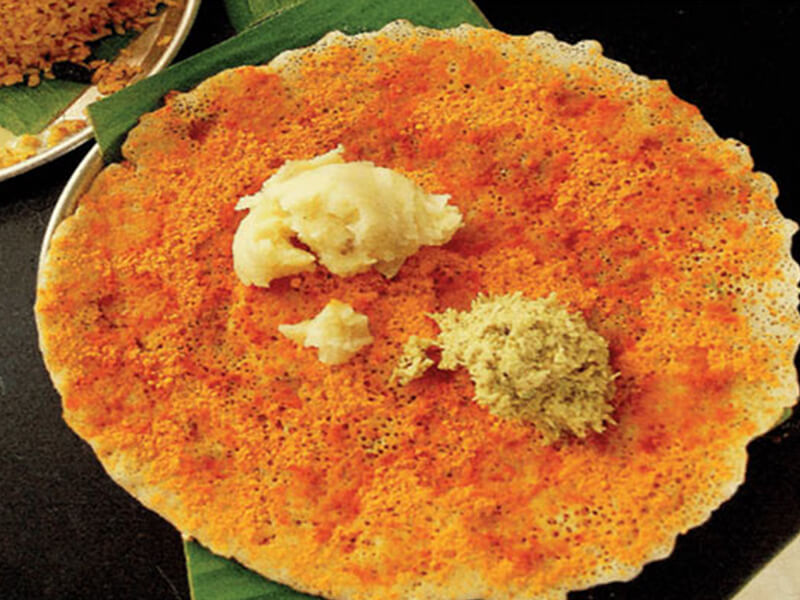 It is the beginning of a new month and it is all about food discoveries through travel for us this February.

Let me start by telling you about a restaurant called Shri Sagar in Malleswaram in Bengaluru. A restaurant which is still known by its earlier name of CTR. I first went there in 2014 based on a Twitter suggestion from Adrianna Tan, a Singaporean who has worked in India and who had fallen in love with India when she did so. Just as I fell in love with Shri Sagar when I dropped in for breakfast there in 2014. I wrote about the place in my blog www.finelychopped.net and then in my book, The Travelling Belly, and continue to remember it fondly.

I went back to Shri Sagar last month. I was in Bengaluru to host the first ever Times Kitchen Tales Indian Food Lovers’ Meet which was held at the Grand Sheraton, Bengaluru. I decided to drop in at Shri Sagar late in the evening after a meeting at the hotel and cabbed it down.

I broke into a smile the moment I stepped in. Everything seemed to be the same as before. The black and white chequered floor. The five-minute wait to get a table. The earnestness of the waiting staff and the look of calm on their faces. The rapid speed at which dosas and bhajjis were brought out of the kitchen. The light-yellow plates, with compartments, on which they were served. The crunchiness of the thick dosa. The benne (butter) glistening on the surface. The aromas of which enveloped you the moment the benne masala dosa was brought to you. The coconut chutneys too. The robust and caramelised hit of the chicory infused cup of filter kaapi that followed. The look of quiet contentment on your face. Reflected on the face of every diner around. This was special.

I later spoke to Ashis Nayak of the blog, Food Drifter, about my two Shri Sagar visits. He said that he was not surprised by this. He added, that he is in awe of the consistency in service and food quality that he has seen while eating in unsung local favourites across the country during his own food trails.

While consistency does characterise the small eateries that span across the country, each kitchen brings in its touch of creativity too. Indian food is anything but cookie-cutter stuff after all.  A case in point is the uniformly crunchy tuppa (ghee) dosa at the New Taj Mahal Café in Mangalore that I had when I first visited the city. A few hours after that meal, I went to Karthik Hotel, another local favourite in Mangalore and found the tuppa dosa there to be crisp at the rim and soft inside. A bit like a Roman pizza pie in terms of this dual texture and rather different from the Taj Mahal one. The tuppa dosas were rather different from each other and I enjoyed both.

There is so much to discover when one travels across India and eats where locals eat. Take for example the tea leaf infused smoked chicken that Monika Manchanda, blogger at Sin-A-Mon, had at a road-side shack when she went on a road trip to Sikkim. “It could have been proudly presented at a modern Indian fine dining restaurant,” she said when we met at Bengaluru. So, what are you waiting for? I am sure that you have your stories too. Please go to www.timeskitchentales.com and tell us about small eateries, cooks, stalls that you have come across while travelling across India. Tell us about what you ate there. The people who run it. The discoveries that you made. The memories that you took back.