IT GIVES THE CREEPS 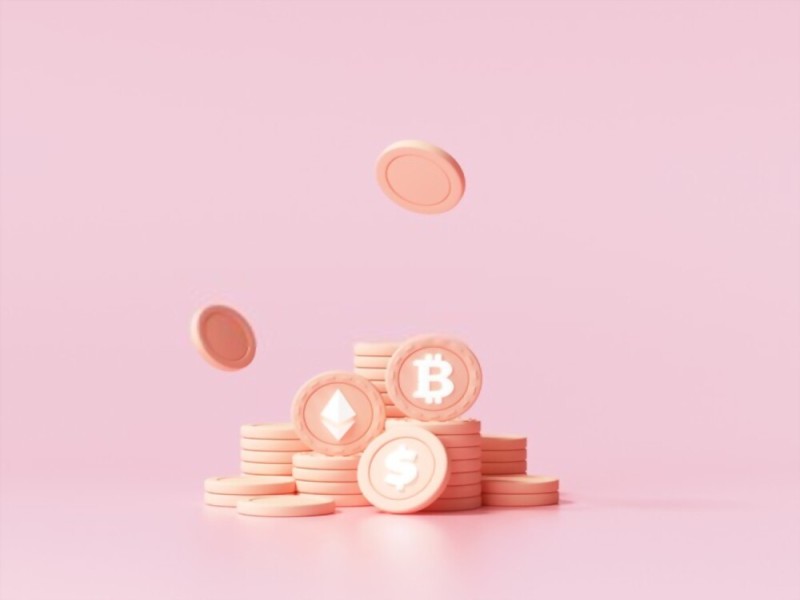 Listen to RBI On This, GoI

In the 20th century, one of the easiest ways to transfer and exchange articles of value was through the process of countertrade. A refugee fleeing Nazi Germany could carry the equivalent of thousands of dollars through rare postage stamps pasted on a used envelope. Upon reaching a safe haven, these stamps could be traded at an exchange for money, other stamps, or bartered for something else. The system of money-laundering was efficient and discreet, but it did not destabilise the financial system.

But when the carriers are not refugees, the object of countertrade is not physically traceable, and the sheer volume of such transactions can challenge ‘macroeconomic and financial stability’, such a system is a cause for concern. This is the view of Shaktikanta Das vis-à-vis private cryptocurrencies. And the Reserve Bank of India (RBI) governor is right.

Ever since March 4, 2020, when the Supreme Court showed an injudicious haste in striking down RBI’s April 2018 circular that prohibited regulated banks from dealing with cryptocurrency transactions, the industry has taken it upon itself to grow at a frenetic pace. Earlier this year, Sathvik Vishwanath, CEO of the cryptoassets trading and blockchain company Unocoin, had written that ‘the government tried banning porn, but anything that is accessible to everyone, or is made available on the cloud, can never be fully tamed. The same goes with the decentralised and open source-based cryptocurrencies.…’ One wonders why Vishwanath did not also compare cryptocurrencies to something as accessible as, say, cocaine.

On its part, the government, mindful of the machine but not its effects, is reportedly considering taking a ‘nuanced’ view of a nascent technology, enabling cryptocurrencies as investments like shares, bonds and gold, while prohibiting their use as legitimate transactional currency. This, along with other cryptocurrency-related issues, was apparently discussed at a high-profile meeting chaired by the prime minister on Saturday. Assuming that this ‘not currency, but assets’ approach is the result of misunderstanding and not disingenuousness, there are at least two notions that need to be corrected.

First, cryptocurrency is not a technology. Blockchain is. And blockchain, as Das pointed out on Tuesday, continues to thrive and grow outside the heady world of cryptocurrencies. It is used by companies for things as mundane and routinely important as the management of contracts, the verification and authentication of raw material sourcing, digital identification, retail loyalty and rewards management programmes, data-sharing, and a whole host of other activities that have little or nothing to do with speculative investments. If anything, blockchain’s growth and acceptance is likely to grow undiminished, even in countries like China where cryptocurrencies have been banned altogether.

Second, prohibiting the use of cryptocurrencies as a medium of exchange is an exercise in superfluity. Like rare postage stamps, their value is pegged to their countertrade value at a point in time. They never challenge the supremacy of a fiat currency, because without the latter, these cryptos would lose not only their tradable value but also their very reason for existence.

Indeed, cryptocurrencies, more than promoting the aim of seamless payments, only aid and abet the aims of a central bank like the US Federal Reserve, guaranteeing the supremacy of the dollar through a new avatar. In any case, central bank digital currencies (CBDC) are more than enough to ensure the cheaper, faster and safer transmission of digital money.

But more worrying than the lack of understanding is the scant regard, conspicuous by its absence, paid to the challenges of oversight and monitoring. Das, cognisant of the threat to capital controls and to the overall stability of the financial system — in which banks and non-banking financial companies (NBFCs), even if they are not fully disintermediated, may end up carrying most of the financial risk without sufficient safeguards and adequate returns — has been unequivocally opposed to any form of compromise.

In a country where it has been impossible to impose an anti-money laundering apparatus, or infrastructure to safeguard both institutions and citizens against fraud, is it so very difficult to imagine a future in which cryptocurrency exchanges are used by more than common or garden criminals, and less than upright public figures, to game the system and evade government restrictions?

The truth is that cryptocurrencies are almost impossible to regulate. They were built to enable easy countertrade across borders and to circumvent the plodding safeguards of the financial system. This is what makes them so vibrant, valuable and volatile. Banning them is easier than standing up expensive and extensive surveillance architecture.

It is equally true that GoI has no business deciding the fate of cryptocurrency. In Plato’s 4th century BC Gorgias, Socrates deplores the fact that the power of oratory is used to persuade people based on misguided belief rather than logic and knowledge. GoI would do well to heed his lesson and let the more knowledgeable RBI have its way on this matter.

The writer is former head, Citi Merchant Services, US

Karl Marx today may well have said, ‘Cryptocurrency is the opium of the masses.’ And he would have been quite right. And just as more wars have been fought in the name of organised religion, more economic and financial ruin is likely to be caused in the name of cryptos. Unless we heed Shaktikanta Das, and before more people burn their fingers, lured by the promise of what US acting comptroller of currency, Michael Hsu, calls, a ‘fool’s gold rush’.

This is not the first time Das has urged caution on cryptos. His speech on Tuesday, coming days after the PM convened a meeting on the issue last Saturday, draws an important distinction between using technologies like blockchain for economic progress and for mining cryptos. The former is a revolutionary technology — by timestamping documents and information, it makes them tamperproof, provides a secure, anonymous trail, and increases efficiency in trade finance, remittances, etc. In contrast, cryptos pose a serious threat to financial and macroeconomic stability.

Central banks, including in advanced countries, and the Bank of International Settlements, have also repeatedly expressed apprehension. Unfortunately, they are up against nimble adversaries, armed with a potent combination of seemingly endless access to funds, matched only by a dangerous degree of greed and absence of scruples.

The term ‘cryptocurrency’ is a misnomer. They do not perform any of the functions of fiat currency — unit of account, store of value or medium of exchange. On the contrary, their value fluctuates wildly. The value of Bitcoin, for instance, fluctuated from about $7,000 in 2018 to close to $70,000 more recently. There is also the risk of cyberattacks and frauds, whereby millions could stand to lose their hard-earned money.

They also pose a threat to financial stability. Take the banking sector. If cryptos are seen as an alternative to bank deposits and banks lose deposits, their ability to create credit gets constrained. This has grave implications, both for the ability of monetary policy to influence interest rates, and for economic growth in a bankdriven economy like ours already struggling with low credit offtake.

That’s not all. A migration of ‘mining’ activity to emerging market economies can have serious implications for capital flows and for energy consumption. ‘Increased demand for crypto assets could facilitate capital outflows that affect the foreign exchange market. Crypto exchanges play the crucial role of facilitating the conversion of local currency to crypto assets and vice versa. The natural demand and supply for conversions can easily become unbalanced,’ warns IMF.

For India, which has (wisely) opted to go slow on capital account convertibility, the last thing it needs is an unstable forex market, where the exchange rate of rupee fluctuates wildly, à la Bitcoin. Policymakers have an unenviable job. They need to balance ‘enabling financial innovation and the commitment to open, free and contestable markets, against challenges to financial integrity, consumer protection and financial stability’.

That is a tall ask. Different countries have different policy priorities, macroeconomic vulnerabilities, political systems and degree of crypto adoption. An outright ban may work in China where violation could well earn capital punishment, but not in a democracy.

Regulation will not be easy, given the size of the market and unorganised culture. Restrictions on crypto trading could trigger new leakages as trading moves away from exchanges to peer-to-peer and other less formal or visible channels (e.g., chat rooms). So, what are the next-best alternatives?

First, investor education. A fool and his money are easily parted. But elected governments cannot afford to be so blasé. Not when the size of the crypto market is expected to grow to $241 million (₹1,795 crore) in India and to $2.3 billion (₹17,128 crore) worldwide by 2026, according to Nasscom. Financial literacy initiatives must be launched on a war footing, and cryptos must be called out for what they are: speculative assets.

Next, Advertising Standards Council of India guidelines against misleading ads must be strictly enforced. Clearly readable disclaimers, as in the case of investments in mutual funds, must be carried along with all ads for cryptos.

Finally, RBI must expedite its own central bank digital currency (CBDC). Though the case for CBDC is much weaker in India where digitisation has grown by leaps and bounds, to the extent CBDCs have some advantages over the present paper form, they will obviate the need to hold other digital assets.

As Eswar Prasad puts it in The Future of Money, ‘Cryptocurrencies might turn out to be nothing more than sophisticated and convoluted pyramid schemes that one day result in significant economic pain for cryptocurrency enthusiasts. When such schemes unravel, they can have a disproportionate impact on gullible and vulnerable investors [and economies] who can least afford such losses.’ It’s safer to err on the side of caution.

Be Cautious, Not Scared, of Crypto