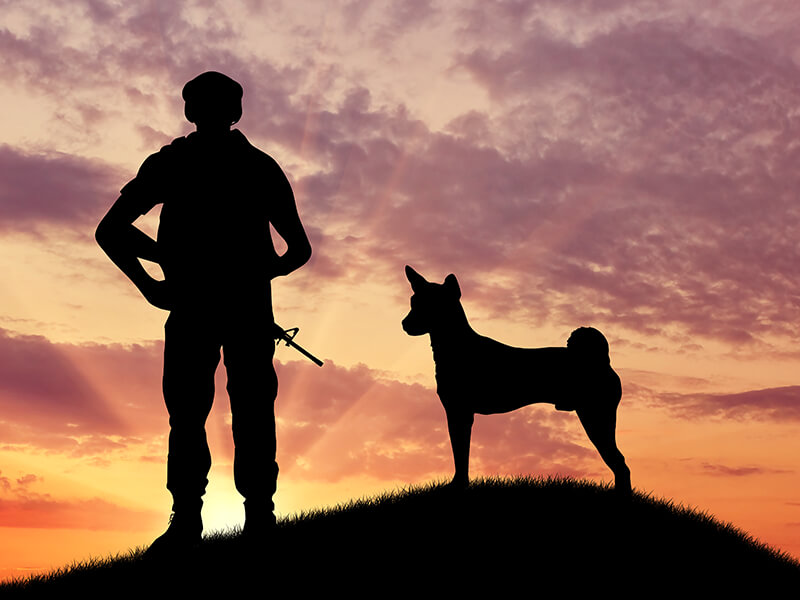 We have heard stories about hero army dogs but little do people know that dogs have been used in warfare since the medieval times. It is believed that dogs were used in wars in ancient Turkey in 600 BC. In the roman times, dogs were trained for combat. There is mention of dogs being used in wars by the Egyptians, Greeks, Persians, Sarmatians, Baganda, Alans, Slavs, Romans and Britons in ancient times. In world war 1 & World war 2 dogs were used to detect mines, explosives, traps and to find enemies. They were also used as messengers.

In India “Stud Department” was setup 1779, now known as Remount and Veterinary Corps which is responsible for breeding, rearing and training of all dogs used in the army. The Indian Army has approximately 25 full dog units and two half units. A full unit of the Army comprises 24 canines and half consist of 12. There are over 1,200 trained dogs in Indian Army. Breeds like German Shepherds, Labradors, Belgian Shepherds have always been used by the Indian army but very recently it has been decided that native Indian dog breeds like the Mudhol Hound will also be used by the armed forces. The training, food and care of the dog squad costs over a crore annually.

Like army soldiers the selection process of the canine squad is very rigorous and only a few out of many get selected. After they are selected, they go through multiple levels of training where they are taught verbal as well as hand gestures. The dogs that are trained for wars are taught to hold their barks so that they don’t reveal their positions to the enemies.

An army dog serves the country for 8-9 years after which they are given an honourable retirement. Earlier army dogs were euthanized as it is expensive to maintain their post military care. Risk was also of their knowledge on sensitive locations being revealed to enemies, but in 2015 Indian government sanctioned a declaration to the high court and since then retired army dogs are rehabilitated and kept in retirement homes.

Dogs have been man’s best friend but their commitment to us and the need to please their masters makes them do complex army jobs where on many occasions they die serving their handlers or saving the country.

Our canine heroes have saved countless lives. They are an integral part of the Indian Armed Forces. And like every soldier they too should be honored.

Count On Your Pets

How to take care of your pets in winters?

Owning a pet makes you a better parent

How to fix itching in dogs

How to help a stray dog?

How to choose the right vet for your pet

Grief of losing a pet