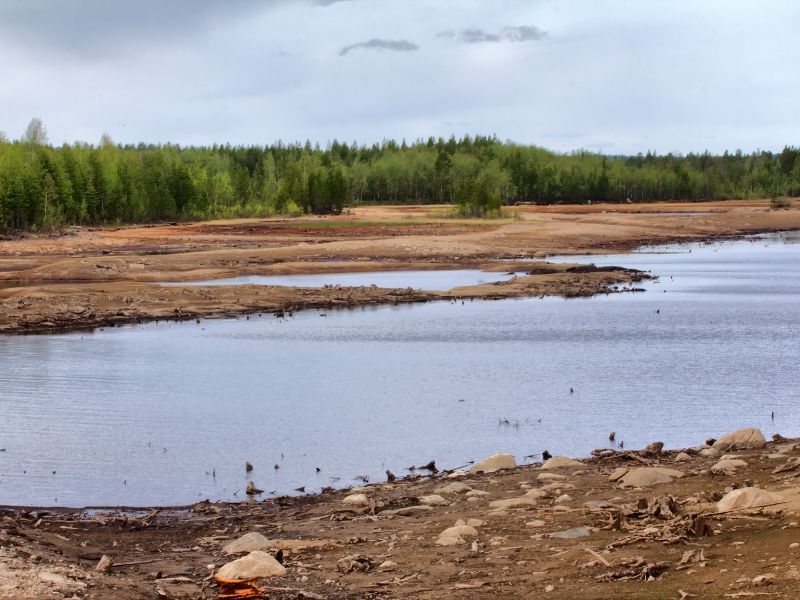 Legend has it that the Falgu, a holy river for both Hindus and Buddhists that flows past Gaya, lost its water after being cursed by Sita for lying to Rama. Ever since, believers say, the thirsty have had to dig the rivers sandy surface to reach the water.

The Falgus curse has also become a curse for Gaya. The ancient town has no perennial river and most water bodies are either encroached upon or disappearing.

As all eight rivers in the district are seasonal , groundwater sources are limited and water table depletion has reached alarming levels, says Radhe Kant, professor of geography, Magadh University. Nature has been unkind to Gaya. Apart from the rocky terrain, the Falgu bed slopes downward with little scope for water retention.

According to the 1914 cadastral survey reports, says activist Brijnandan Pathak, the number of water bodies in Gaya town has nearly halved from 50 a century ago. A shopping complex now stands where the famed Kathokar Talab used to be, while Bania Pokhar, Gangti Pokhar and Railway Talab have become residential colonies.

The decline in rainfall, its changing pattern and near total absence of winter rains, too, have added to the woes. Winter rain, which greatly supplemented water table earlier, is negligible now.

Ashok Kumar Ghosh, chairman of Bihar State Pollution Control Board and water expert, attributes the scarcity to both Gayas topography and overexploitation of groundwater. Being situated in south Bihar, Gaya has hard rock-based topography which has the natural characteristics of low water table and requirement of more water for recharge. Besides, the number of rivers here is less compared to north Bihar. All such factors along with reduction in annual rainfall and high rate of extraction of water have led to sharp fall in groundwater level in recent years, Ghosh said.

Another activist, SB Bhaskar, says mass construction of toilets under the Swachh Bharat scheme has also increased demand for water. When there is not enough water to drink, how they could waste 10 litres in flushing toilets, says Bhaskar about South Gaya district, where water scarcity is more pronounced.

However, Gaya district magistrate Abhishek Singh says the toilet design has been tailored to be water-efficient. All efforts are being made to meet the water requirements, officials say. Apart from the project to bring Ganga water to Gaya and store it in a 23-acre reservoir, revival of water bodies is also being undertaken. Rainwater harvesting is one method that has received serious attention.