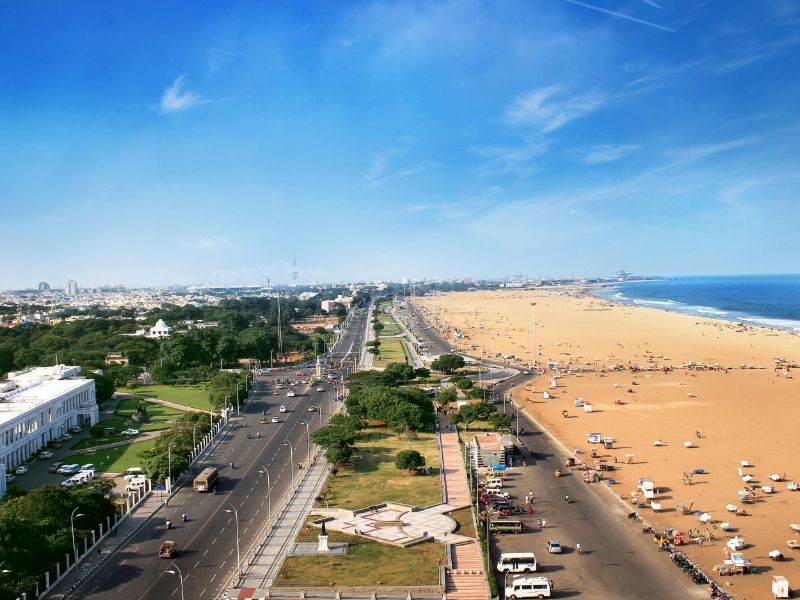 CHENNAI: Dropping crystals in clouds to induce rain, transporting water from other states by trains, covering a reservoir with thermocol to check loss of water to evaporation -there was no dearth of suggestions in Tamil Nadu’s corridors of power as the state witnessed its worst drought in 142 years. It is one such idea, criticised as expensive and unviable, that now accounts for Tapping seawater.

Desalination plants in Nemmeli and Minjur -with a capacity to produce 100 million litres of water per day (mld) each -are now the city’s lifelines with traditional sources drying up. Chennai is almost entirely dependent on the monsoon for its water supply, the failure of which puts the city in a tight spot.

Combined storage level in the four reservoirs that cater to Chennai stands at 3% against their total capacity. The supply of Krishna river water from neighbouring Andhra Pradesh under the Telugu Ganga project has been suspended for more than two months now. Chennai’s nodal agency for water distribution, CMWSSB, has been coercing farmers in neighbouring districts to sell Chennai their water. Officials are also trying to sourcing water from stone quarries 23km from the city.

In all this, it is the treated seawater that normally is an option in regions with no rains or other water sources that meets the city’s demand for water. But senior officials doubt the sustainability of the desalination projects. Apart from environmental concerns, sourcing water thus is expensive. At present, CMWSSB pays Rs 60 per kilolitre for the water from Minjur, up from Rs 48 per kilolitre that is paid when the facility began operating in 2010. This works out to Rs 60 lakh for 100 mld of water. Water from the Nemmeli plant costs around Rs 30 per kilolitre.

“We’re able to do this because the state is rich. I don’t know if it’s feasible in other states,“ a senior official said. Voltage fluctuations and adverse weather are a serious challenge too in operating the plants and hike the costs. But this has not deterred the state from proposing two new plants, of 150 mld and 400 mld capacity in Perur, close to Nemmeli.

At present, TN accounts for 24% of the total desalinated water capacity in India, second only to Gujarat. Experts meanwhile describe desalination as a “last option“.S Janakarajan, professor at Madras Institute of Development Studies, says that seawater desalination was conceived for rich, rain-starved countries like those in West Asia. “Chennai’s average annual rainfall is well over 1,200 mm. It should ideally be the last resort which, in this case, is not,“ Janakarajan said. With scant supply, water distribution is charted out daily by the CMWSSB.“Our planning [daily distribution] hinges on how much water the desalination plants supply,“ Arun Roy, managing director of CMWSSB, said.

On average, the two plants churn out around 180 mld of the 470 mld CMWSSB now supplies, against Chennai’s demand of 1,300-1,400 mld. The plant in Minjur caters to industries and a few localities in north Chennai, while the Nemmeli plant caters to nearly 13-15 lakh residents in south Chennai, which is also house to the city’s IT hub.