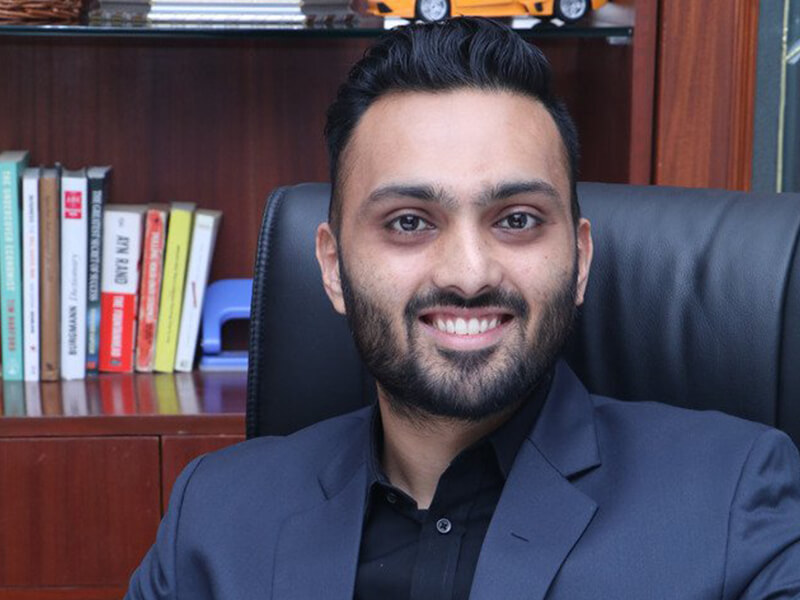 Mr Ebrahim Balwa, founder of Balwa Group, came from a humble background and began his illustrious career from Mumbai at a tender age in the year 1905. His unwavering determination gave birth to a multifaceted family business that continues to grow under his sons, grandsons and great grandsons.

The Balwa family members chronicled his life and career in a printed biographical narrative to be passed on from generation to generation. This has helped them to learn tremendously from his inborn business acumen, trials and triumphs. It is certain that the core values of hard work, discipline and entrepreneurship will remain unchanged for times to come, as also, intelligent risk taking and strategic planning. These factors form the rudiments of any business.

Some businesses are easy to modernize with decorative changes such as plush interiors for a long-established ice cream shop, restaurants, showrooms, but other businesses such as the traditional Yellow Pages Directories or telephone diaries have faded into oblivion. Thus, today&rsquo;s businessman finds that his product can and may be replaced by a new machine, or even a new idea. By and large, the new mantra is novelty. You not only have to pour the old coffee in a new cup, but you also have to find a novel way to pour it!

Panetteria is a perfect example of the transformation of an old legacy of bakery business into a modern frozen dough business. It requires painstaking research, enthusiasm and long term vision to cope with the ever growing competition. Fortunately, we are guided by a spirit of enterprise; the eternal bulwark of any business. Presently, there has been a paradigm shift in attitudes, and the small family businesses have struggled to keep a firm foothold among global giants. While the earlier generations could pass down their knowledge and learning to their heirs, who could follow their advice sans doubt, the modern businessman is dealing with a far more dynamic scenario. Specialized training allows businessmen to raise their venture to international standards and burgeoning consumer expectations. The virtue of patience applies to the business aspect as well. One needs to be prepared for hard labour and slow returns in order to grow organically. This niche concept in modern economies that are fuelled by substantial funds from venture capitalists. The old standalone enterprise is fast becoming obsolete because everything is expected to be bigger and better than before.

The strategic milestone for the Balwa family was 1905 when Mr Ebrahim Balwa migrated from the hinterlands of Gujarat to Mumbai. He was a part of the early waves of the migration movement in Mumbai before the nation was industrialized. Trade was beginning to flourish in the port of Bombay; civil courts, a unified local government apparatus and the new harbour were all constructed around that time. He began his career as a tea vendor and went on to purchase an Iranian restaurant by the name of Cafe Yadgaar in Grant Road Bombay for Rs, 400/- From there on he diversified into dairy farming and also owning various properties to lease out. The most prominent deal of the era (1937) was the purchase of Kali Building Estate, comprising of 14186 square metres at Bellasis Road for the consideration of Rs. 3,75,000/- from Mistry Shapoorji Pallonji.

The second milestone was laid circa 1970s, when the mantle passed on to his sons- Mr Abdul Karim Balwa and brothers- and they further consolidated the family&rsquo;s foothold in the restaurant, hospitality and real estate business by establishing restaurants and hotels under the brand name of &ldquo;Balwas.&rsquo;&rdquo; This tradition of running the family business with varied interests was inherited by the third generation of Balwa brothers. Yet further milestones were established by the founding of a joint venture with a German company called Feodor Burgmann manufacturing high precision mechanical seals and the family thus branched out into the engineering business. This highly profitable venture paved the way for the Group&rsquo;s International foray.

As for the hospitality business, the family moved away from the traditional hotels to more International standards such as Radisson of U.S.A., Louvre Hotels of France, and another 200 room hotel-in collaboration with a leading international hotel chain- under construction near Terminal 2 of the Mumbai International Airport. Meanwhile, the fourth generation of Balwa family continue to carry forth the legacy of their forefathers. The most recent milestone of the Balwa Group is Panetteria, an age old business that has been modernized to suit not only the consumer of today but also the consumer of tomorrow.

A sustenance of four generations of Balwas in the family business is dependent on the values of discipline, focus, determination and most importantly for today&rsquo;s times, innovation. The continuity of this progress lies in the ability to co-exist between old and new practices. In the words of Abraham Lincoln, &ldquo;You have to do your own growing no matter how tall your grandfather was.&rdquo;

The writer is Executive Director, Balwa Group and CEO of Panetteria

6 signs of a genuine Family Office

Why are the Next-Gen entrepreneurs losing interest in their family businesses?

Transitioning Success – A Roadmap for the Family Business