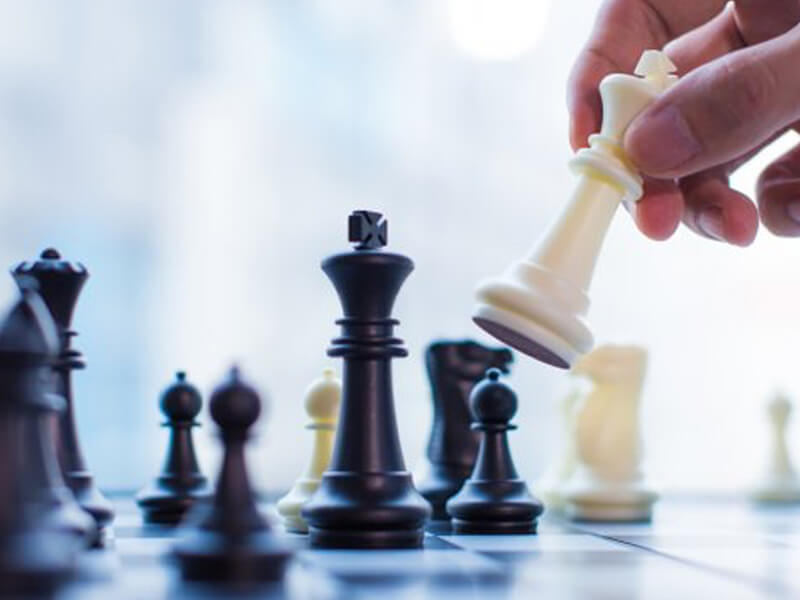 Since the heyday of 1988 which saw India’s chess Grandmaster (GM) Viswanathan Anand take to the world stage, the game has inspired many Indian’s to take up the sport with of gusto and elan. Not only did Anand popularise the sport and make it mainstream, but he also showed millions of Indians that it could be a viable alternative as a career and provided many with the aspiration to become sportsmen on the world’s stage.

India has thus far produced 66 GMs, and 21 of these in the last three years alone. Eight of these players are between the ages of 10 and 19. What has fuelled this surge in Grand Masters? While a large part of the credit goes to available coaches with considerable experience and expertise, a lot of credit goes towards online gaming.

Getting into the International Masters and becoming a Grand Master is difficult enough but it seems that this uphill climb is akin to only reaching the base camp. To break into the top strata of GMs is rarefied air, not unlike that of the high mountainous peaks and equally treacherous. It begins with a need to play the best players from around the world, that means a lot of international travel, which costs money. Also, advanced coaching costs a pretty penny. It is indeed not good enough to reach the top but to continue beating the best is an expensive affair. While most of the players have taken up jobs with Public Sector Undertakings and some get sponsorships, there has never been enough to go around to fuel the growth of enough superstars to dominate the sport of chess.

Online gaming has provided a very lucrative opportunity for aspirants who are at an International Master and Grand Master levels to pursue their goals while continuously winning matches and real money in tournaments against other players.

Take the case of V S Rathnavel, a young prodigy who earned his Grand Master level at the tender age of 10. But Rathnavel’s story is far from being glamorous. In an effort to raise money, he won a staggering 253 chess games in a manner of 10 hours earning him Rs 10 lakh in prize money. This coupled with a sponsorship from the gaming platform Mobile Premier League, has allowed Rathnavel to pursue his global ambitions and make India proud. His achievements were lauded by none other than the CEO of Niti Aayog, Amitabh Kant. Kant noted that mobile gaming and eSports had provided a great platform for talented people such as Rathnavel.

An even more ambitious and aspirational generation of young GMs and IMs will follow VS Rathnavel. With the proliferation of inexpensive mobile devices, access to high-speed data connectivity and heroes to look up to we are sure to see an era of India’s chess dominance at the highest level. Although all is not rosy in India at the moment. Online gaming itself and the ability to raise funds for travel and for coaching not to mention sustenance is threatened.

State governments such as those of Telangana and Andhra Pradesh are blurring the lines between online gambling and skill-based games such as chess. The jaundiced eye of such states view playing mobile sports as ‘addiction’ or a waste of time and prize money earned from these competitions as ‘gambling’ and/or ‘betting’. They seek to ban online gaming, either through amendment of archaic 19th Century legislation (created before the invention of the modern computer) or through quick-fix ordinances or filing public interest litigations before the local courts.

While the apex court of India has showcased an open mind to the idea of eSports these state governments are determined to undermine its position. We are very close to being a globally dominant force of chess.

A country that can have more than 25 GMs in the top 100 over the three that we have today. It takes money to achieve this feat and we should not be cutting away the source of such funds not by decree or machinations.