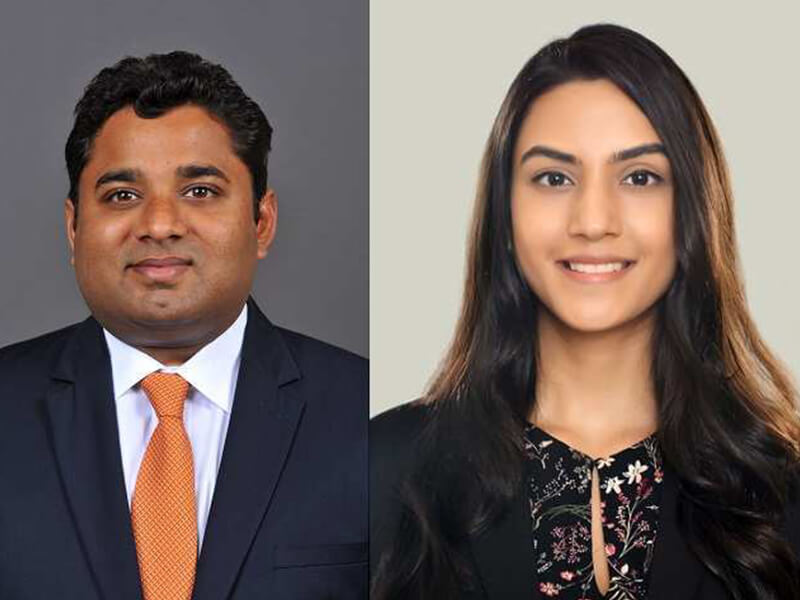 By Anuj Sah and Virja Dange

Sports trainer Greg Anderson, famously remarked &ldquo;The law of win/win states – let&rsquo;s not do it your way or my way; let&rsquo;s do it the best way&rdquo;. Strangely enough, not only do his words ring true in the art of family business management; they may also just be the perfect advice for navigating the conflicts that accompany running a family business!

Historically, managing conflicts in a family business, especially in India, has always been weighed with a peculiar set of complexities. Ensuring a balance between reaching mutually satisfactory business-related solutions, and gratifying family relationships against the backdrop of a strong age and cultural bias, is a difficult task in itself. In recent times, the complexities have deepened, with increasing incidents of conflicts in the wake of sibling rivalries, perceived notions of preferential treatment among family members, efforts of the older generation to retain control, inclusion of younger generations in the family business at a very early age, initiation of wives and daughters to the family business and the recognition of meritocracy, to name a few! This coupled with regulations like the Insolvency and Bankruptcy Code 2016, stricter enforcement of provisions under the Companies Act, 2013 and the Securities Exchange Board of India, 1999 and the looming threat of a potential reintroduction of &lsquo;estate duty&rsquo; in India, have made re-strategizing the internal management of their businesses, the need of the hour.

The good news, is that while these complexities are certainly fodder for conflict between family members, strategizing a robust resolution mechanism early on, makes conflicts avoidable, and more importantly controllable, should a conflict arise. In fact, most conflicts that families face, are predictable and universal. An understanding from the outset, that friction and difference of opinion are inevitable in every family dynamic, reduces the likelihood of relationships crumbling over trivial issues, and makes the effort towards conflict resolution, that much more effective. An approach to conflict resolution must be both, pre-emptive as well as solution oriented. Here are 4 rules to reduce and resolve conflicts in family businesses.

Rule 1: Strategize today
The need and aspiration of every family is different &ndash; there is no one size that fits all! This makes it essential for each family to have a tailormade plan to manage their business and succession objectives. Sound planning at an early stage provides a road map for avoidance as well as resolution of conflict amongst family members, which in a codified format, can serve as a concrete mechanism for solving most conflicts.

A plan tailored to the requirement of the family should provide a unified goal to the family and should cover assignment of authority to various family members to execute specific tasks within agreed timelines, a basis for holding such members accountable, allocation of roles and responsibilities, budgets, deadlines, a decision-making process and a framework for review. While it is not required for the decisions of the family to be taken by majority vote or even unanimously, it is important for the family to clearly identify the leader(s) and decision maker(s), unanimously. Use of private trust structures, family arrangements, family constitutions, shareholders agreements, etc. are some of the increasingly popular tools for codifying family and business management.

The common perception is that the success of a family business depends entirely on the effective merging of family interests with business interests. However, this approach may not always translate when applied in the context of resolving conflicts. This is because every family operates within a unique ecosystem, making it difficult to theorize a boiler-plate solution for all possible conflicts. Conversely, handling a conflict in a business or corporate setting is highly standardized and is generally conducted in strict accordance with the corporate&rsquo;s regulations, system of accountability and hierarchy.

For example, two family members who share the same values, may foster different operational visions for the family business. In such a situation, a corporate resolution mechanism should not be used to settle a family conflict; and similarly, personal sentiments should not dominate what otherwise should be a rationale business decision. An open dialogue to debate the matter within the family should be facilitated, as well as a separate meeting with persons having corporate know-how, to unanimously arrive at a decision.

While the causes of family conflicts may differ, all elements of any conflict invariably find their root in the basic vulnerabilities of humanity &ndash; ego, needs, emotion, ambition, power, perception and personal values. It therefore becomes extremely important for all family members to periodically convene and with the absence of suzerainty, to dispassionately and autonomously analyse what the current and future requirements of the family and the business are. Oftentimes, promoters/patriarchs who have founded the family business, are (rightfully) emotionally attached to what is their brainchild; sometimes to an extent where they are unable to recognize constructive solutions in the face of conflict, which may trigger a reaction of self-preservation through dominance or oppression, which can damage relationships.

In India, it is a cultural norm to demonstrate respect by not vocalizing disagreements. While this approach may serve its purpose in a familial setting, it is dangerous to employ while running a business. Younger generations are now well educated, flexible, vociferous and exposed to global work cultures. Inclusion of the younger generation in the business from an early stage, may infuse fresh perspective, as well as facilitate their learning process. It would also convey trust in them and serve as a forum to groom them in line with the family&rsquo;s goals and values.

Some of the biggest family conglomerates in India, like the Ambani family, the Birla family and the Bajaj family have seen a split or division in their families after 3 generations, primarily over issues of ownership. Understandably, whenever news of such division took the public by surprise, it was the value of the business that took the greatest hit.

Such precedents raise questions as to the efficacy of conflict management strategies; can such a situation even be resolved? Regardless of the result, efforts towards conflict resolution can and should always be made. Some successful strategies used in the past have been – collaborating with family members to reach mutual consensus, reaching a compromise between differing parties, setting up a stopgap solution, mediation by such individual(s) who are esteemed and respected by all the differing parties, using coercion based on rank and expertise, or conceding to the opposing parties as a gesture of goodwill and to preserve relationships. Each strategy serves a different purpose, and must be chosen in consideration of the immediate as well as long term requirements of the family and business.

On the other hand, if division is unavoidable, is all really lost? The hard reality is that sometimes, despite the best intention and effort of all parties, even the most close-knit, family-business unit may see an inconceivable end. Yet, here too, if managed with the right spirit and tools, an end does not have to mean the end of a family or a business dynasty! It is the mindset of the parties entering a conflict, that determines the ultimate result. Take for instance, the Ambani brothers split – an indictment of an unfortunate split that was nevertheless managed well; with each brother being placated with a piece of the empire. Today, as a consequence of the split, the brothers have diversified and grown their individual businesses, and together, they influence virtually every conceivable industry and sector in India. If a reconciliation were to ever happen, they would be an unstoppable force!

Takeaway: Whatever the strategy, conflict resolution begins and ends with open dialogue between family members. It is important to discuss and establish a mechanism (like using a private trust, shareholders agreement, etc) that would help avoid conflicts in the family business from the very beginning. When trying to resolve conflicts, it is even more important to avoid the &lsquo;blame game&rsquo; between family members. The import and use of mutually elected, unbiased and capable mediator(s), cannot be stressed enough! All parties should be heard, and no approach should be deemed taboo. After all, the existence of conflict means that there is undeniably, a scope for improvement in the cogs of the business, as well as the family. By negotiating the conflict and reaching mutually satisfying options, the business and the family, can only walk away from the conflict stronger.

The Essential Evolution of the family business, going from Conventional to New and Experimental

Step by Step Plan to Manage Conflict in Business Families