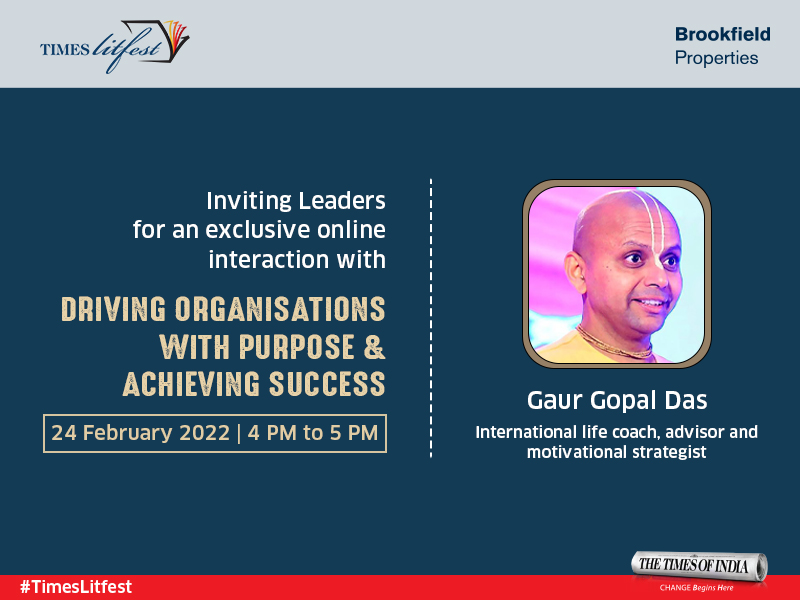 Gaur Gopal Das is an Indian spiritual leader, motivational speaker, and lifestyle coach.
Since 1996, he has been serving as a monk and a member of the International Society for Krishna
Consciousness (ISKCON). A disciple of Radhanath Swami, Gaur Gopal Das is one of the rarest inspirational
speakers from the country to have given lectures in the British parliament and Google’s head office.
Over the years, he has travelled all around the globe to give motivational speeches and lectures
on spirituality. A role model and an icon for millions of people, Gaur Gopal Das has inspired many
young minds through his quotations, which include ‘Feed your faith and all your doubts shall starve
to death’. He has also written several novels and books till date, such as ‘Checkmate,’ ‘Conquest,’
and ‘Revival,’ to name a few.

Reimagining growth and operating model in the new normal

Cybersecurity in an Increasingly Digital Economy