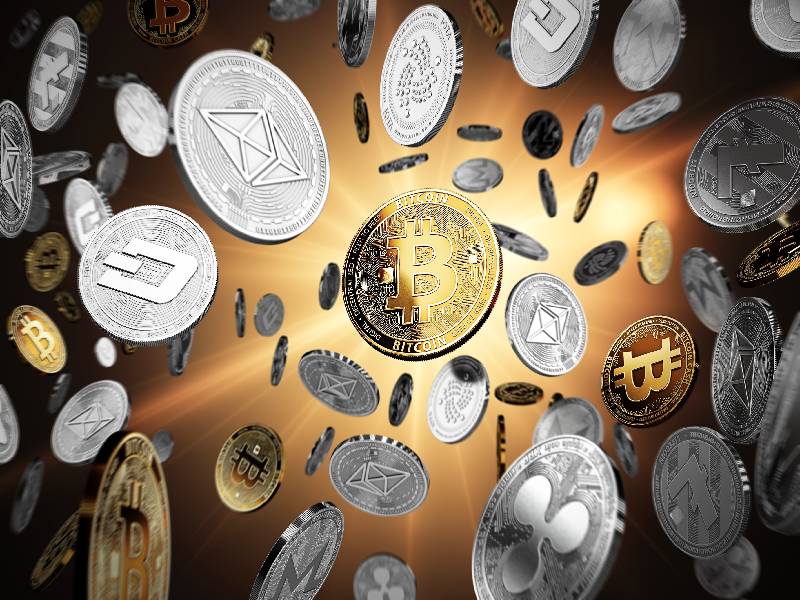 Blockchain technology has become the lifeline for many. From social activists to those living in fragile financial ecosystems, cryptocurrencies have become a tool of empowerment

Blockchain technology has not only shook the financial world, it is today making waves in various other domains. Experts around the world are engaging with different use cases of cryptocurrencies. Bitcoin has been making headlines worldwide owing to the increased interest from institutions and governments. However, another interesting aspect of it is unfolding to a great extent.

Today, activists around the world are tapping into the potentials of cryptocurrency to fuel social change. While cryptocurrencies continue to be popular yet elusive, many are making the best use of them. Cryptocurrencies are gaining prominence in the domain of social activism around the world. According to experts, decentralised currencies are being used by activists around the globe to raise funds for various social causes which are largely on a global scale. Bitcoin is proving to be a boon for activism.

According to experts, cryptocurrency offers a certain uniformity and a means to efficiently transfer money where it is needed the most. Being open-source, the cost is dramatically reduced, with no governmental interference and easy management. Many see this rising trend and feel that cryptocurrency in essence is the embodiment of democracy – offering power in the hands of the people.

Blockchain technology is becoming integral in grassroots endeavours where financial resources are one of the main hurdles in mobilising social causes. Today, Bitcoin has become a tool of empowerment. The main functions that are affecting change are sovereign savings technology and censorshipresistant payment rail. Under sovereign savings technology, anybody can access it regardless of what kind of passports or IDs they have. It is a permissionless network that can be accessed simply with an internet connection by anyone. Similarly, censorship-resistant payment rail is instrumental in receiving donations in Bitcoin as it insulates them from governmental restrictions.

“I have been working for about 10 years in the human rights field before I began looking at Bitcoin deeply. We started getting approached around 2013 by activists who wanted to use Bitcoin for different things. We started accepting bitcoins at the Human Rights Foundation for donations in 2014. I didn’t have that penny-drop moment until early 2017 when the price was beginning to rise and people were starting to talk about it. Later, I decided that I want to learn more and that’s when we teamed up to finally bring out some Bitcoin users. For the last five years we have been running different programmes to connect activists to the Bitcoin community,” says Alex Gladstein, chief strategy officer of, Human Rights Foundation.

According to Gladstein, the residents of US, Europe or Japan, can easily dismiss Bitcoin as their financial systems are robust. However, in smaller countries, like those in the sub-Saharan region, Bitcoin is an enabler since their fiat currencies have failed.

“In Nigeria, you have 15% inflation, Ethiopia has 22% inflation, and Sudan has 300% inflation. In each of these countries, there is very little rule of law, property rights, and little free expression. So basically, the government can come in and take your stuff. And, they also impose arbitrary fees and fines, and there are no open capital markets. So, bitcoins are giving an escape to these people because it allows them to put the time and energy and store the fruits of their labour into something that is not just going down,” says Gladstein.

According to Gladstein, although Bitcoins are volatile it offers the residents of these nations an efficient means to save and stay connected with the rest of the world. Most importantly, due to various issues, many multinational firms may not be able to service the people of these countries. Hence, Bitcoin comes to the rescue as most of the population has access to smartphones with which they can transact funds to any device anywhere.

In wake of the unprecedented pandemic, people, organisations, and governments came together to stand for humanity. The tech industry too plays a prominent role. Members of the blockchain communities stepped up and came forward to offer their expertise for the larger cause. During the second wave of the Covid-19 pandemic, the best of minds in the crypto communities raised relief fund to provide essential services.

On April 24, Sandeep Nailwal, co-founder of Polygon, announced on Twitter that he is setting up a crypto relief Covid relief fund. He mobilised the global crypto community to raise funds for India. This has been seen as one of the best illustrations of how the blockchain impact touched millions of lives. His relief fund accepted all kinds of cryptocurrencies and triggered interest among the global community. Vitalik Buterin, the co-founder of Ethereum, made the biggest contribution by donating USD 1 billion worth of meme coin Shiba Inu.

“I was already doing this volunteering work on the ground and then I realised that nobody from the crypto side is doing anything on it, because of the uncertainty with regulations. So, I thought that somebody has to take responsibility. I thought that if I take the responsibility, as I have a certain amount of reputation, maybe people will donate and I will personally take all the regulatory risks. I felt that crypto is the best means and I started this fund. And, eventually, it picked up and you know the power of the internet, we generated the first million dollars very fast,” shares Sandeep Nailwal, whose Covid relief fund raised donations worth over USD 2.2 million.