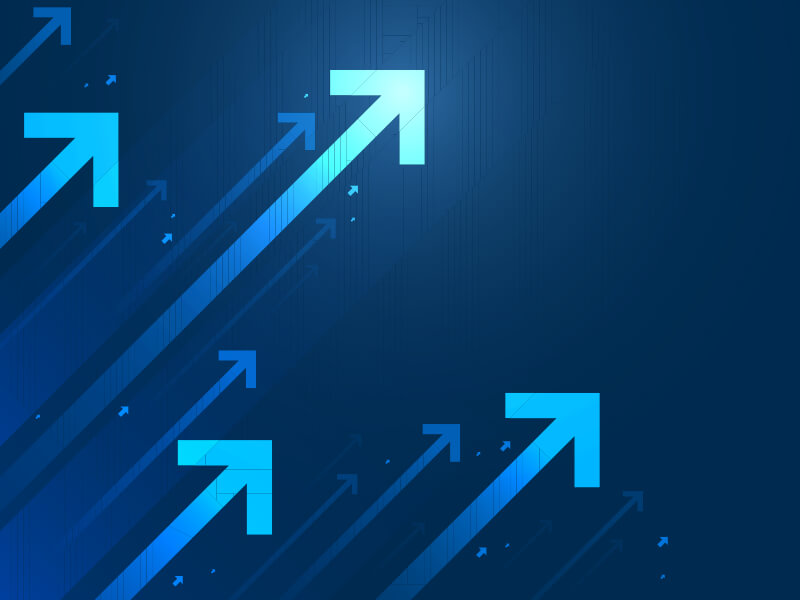 What happens when a bunch of CEOs speak at a technology programme? They talk digital strategy. Much wisdom was gleaned at the ET-Accenture Digital Fast Forward 2018 in Mumbai, not least being digital technology’s role in India’s push for a $5-trillion economy by 2025.

Top business leaders feel the government’s GDP target is a tad under-ambitious. Among other factors, digital could take it beyond current expectations

Amitabh Kant left his mark. The CEO of NITI Aayog laid down the gauntlet to private sector companies, practically challenging them to match the government of India’s leadership in digital adoption. And so, the panellists of the first panel discussion,   began after Kant’s speech, started by acknowledging his challenge, and then went into detail on how India can achieve the government’s objective of a $5-trillion GDP economy by 2025. Interestingly, all the panellists felt that this was not just achievable, but was probably a little underwhelming. As Sanjay Behl, CEO of Lifestyle Business at Raymond, pointed out: “Even if we grow at a real GDP growth rate of 6- 7 per cent, which seems to be in order, and 4 per cent inflation, so nominal GDP growth of 10-11 per cent, you’re staring at a number which is crossing $5 trillion in 2025.” Sunil Sood, MD & CEO of Vodafone felt that digital would play a big role in achieving the growth target – digital knocks off geographies, so you don’t need a distribution system; it eliminates the middleman, the tout; it creates a traceable economy; and it creates efficiency. But there’s a rider – initiatives taken by the Centre need to be emulated by the state and local governments, and they all need to become digital. “But for that a lot of ease of business has to happen, a lot more forms have to be eliminated, across the three levels of government,” said Sood. At the same time, Behl felt that manufacturing would not reach 25 per cent of GDP. It would remain at 17-18 per cent, and the gap would be made up by digital: “The digital contribution to GDP is expected to cross $1 trillion by 2025, and I think it will be far more than that,” said Behl. The other two panellists – K.K. Maheshwari, MD of cement giant UltraTech, and Ambati Venu, MD of pharma major Abbott India, agreed that $5 trillion was comfortably achievable, but both warned of challenges. Stressing on the need for infrastructure growth, Maheshwari said: “If you compare our infrastructure even with the South-East Asian countries, we have a lot of catching up to do, and that itself can be a driver of economic growth,” further adding that India also has huge tourism potential thatshould be tapped. Abbott’s Venu pointed to the pharma industry’s phenomenal 12-15 per cent average growth over the past few years. “The industry would be about $100 billion by 2025,” he predicted, and added that despite that growth, the fact remains that healthcare is under-served in India, and satisfactory levels of penetration, access and affordability are yet to be achieved.

Accenture’s research shows that 63 per cent of global organizations are experiencing disruption. In less than a decade, 50 per cent of the companies on the S&P index will be replaced. Disruption is inevitable, do we really need to be scared of it? We don’t think so. We need to understand it. We are at an unprecedented moment in the history of the technology industry, where breakthrough technologies are easily available at very affordable price points. The maturity curve of these advanced technologies – AI, Cloud, IoT – are intersecting, making it viable to harness their combinatorial power. There are also some myths going around – disruption is random and unpredictable; it’s beyond our control; and it’s one single, big event. None of this is true. Accenture created the Disruptibility Index after analyzing more than 3,000 companies in 98 industry segments, around 15 different parameters. It identifies four distinct phases of disruption, and once a company understands where it stands, it can start looking at disruption as an opportunity. Unlocking the potential requires that companies increase their investment capacity, by building competitive agility; grow the core business using digital technologies to gain operational insights, activate new demand and expand into new markets; develop new innovation architectures; and pivot wisely as new business models emerge.

The government leads in digital adoption, and the private sector is struggling to keep pace, says the Indian government’s chief policy planner. Excerpts from an energetic talk.

The government of India has built the platforms for digital disruption – 99 per cent of our population has Aadhaar, 31 crore bank accounts have opened under the Pradhan Mantri Jan-Dhan Yojana; we have billion-plus mobile subscribers; almost 35-40 per cent of our population uses Internet; and we have created world-class products on digital payments. India was one of the most inefficient countries in implementing welfare schemes. The government pushed for using Aadhaar to reach out to every beneficiary. Direct benefit transfer (DBT) has been implemented across 437 government schemes. Rs 83,000 crore has been saved till date, and DBT has eliminated almost 2.75 crore duplicate, fake or non-existent cards, about 3.85 crore duplicate and inactive consumers for LPG subsidy. Second, we have created a financial management platform for all government schemes. We have a database of recipient agencies, which we’ve integrated with core banking solutions of banks, and with state treasuries. If I want to release government money to a panchayat, I can’t do it without that panchayat being a digital recipient. Third, taxation – 98.5 per cent of all income tax returns have been filed online; income tax returns filed in FY2017-18 grew 26 per cent over the previous year, with 1 crore new tax returns. This is unparalleled. The GST is all digital. It has resulted in 3.4 million new indirect taxpayers – an increase of 50 per cent. And fourth, Unified Payment Interface (UPI) and BHIM (Bharat Interface for Money). In the last 11 months, I have used my mobile for all payments. By 2020, I envisage that every Indian will be paying digitally using his mobile. The days of physical banks are dead. The fourth industrial revolution is upon us, and manufacturing, which used to be dirty, dark and dangerous, will become fashionable. It is incumbent upon India’s private sector to transform manufacturing. Manufacturing accounts for just about 17.5 per cent of our GDP, we need to take it to 25 per cent. If you are not able to do this, it will be very difficult for India to grow with jobs.

Top CEOs of India Inc. share how digital technologies are giving their organisations competitive advantage in the marketplace

After the first panel went into the nitty-gritties of macroeconomic indicators and digital’s impact on them, the second panel – moderated by Raghu Gullapalli, MD-Industrial, Accenture Asia Pacific and Africa – went into how individual organisations are using digital technologies to create efficiencies. Deepak Iyer, MD of Mondelez India, while admitting that the industry has been a late starter, mentioned a few exciting initiatives the company has taken, such as a ‘dark warehouse’ that has no humans in it, with sensors that collect data on machine learning. “Today it’s two-three months old, so we don’t have any inferences. But nine to ten months from now, we could possibly get into predictive maintenance.” R.S. Subramanian, MD & Country Head of DHL Express India said the company keeps track of macroeconomic indicators of eight major markets, and does predictive modelling on how to handle its fleet. “Our focus is on predictive because we fly 450 planes and serve thousands of vehicles. Their efficiency and effectiveness determine how strong our P&L is going to be.” The two financial services honchos, Devang Mody, ED and CEO, Reliance Commercial Finance, and Rajesh Sud, Executive VC and MD, Max Life Insurance, spoke of how digital is impacting their industry. Sud said that Max Life is working on projects with each major technology. On Blockchain, it is part of a consortium of life insurers that is trying to “eliminate fraud at the time of onboarding a policy holder”. It is using chat bots forcustomers, employees and distributors, plus using predictive algorithms to anticipate and handle volume spikes. Mody said while technology is all the rage, it can also be “game changing in very mundane matters in our type of business”, such as digital application forms that force customers to fill all data fields. Perhaps the most interesting insights came from Lt Gen. C.S. Narayanan, Dy Chief (Med), Integrated Defence Staff, Ministry of Defence, who pointed out that people associate AI in the armed forces with killer robots – lethal autonomous weapons systems – but these are several years away from broad deployment. “What is currently happening is the use of these synthetic intellects for machine-tomachine engagements in cyber warfare – both for offensive and defensive capabilities,” he said. Being a doctor, he also cited technology usage in medicine such as using AI to make whole-body genome sequencing affordable to the masses, and thereby increase the possibility of customising medicine to individual needs.