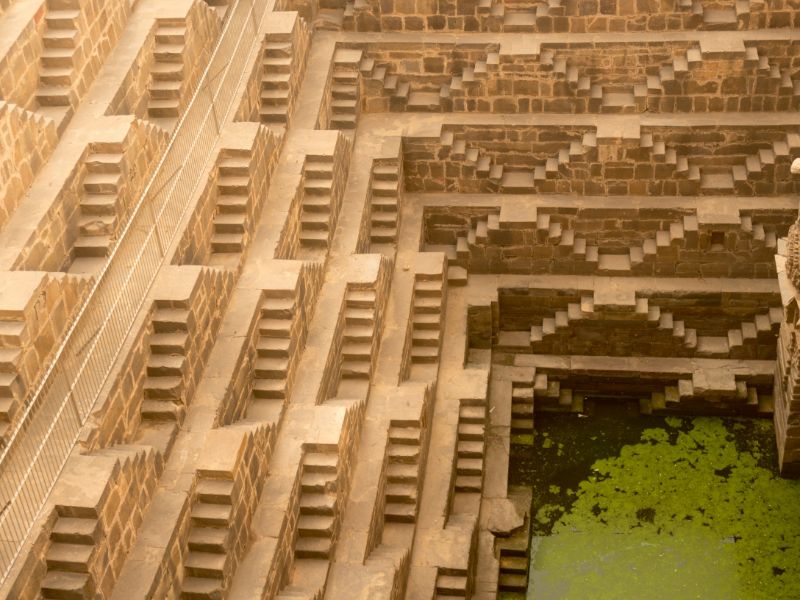 Jodhpur: Technology definitely makes life easy, but people in rural Rajasthan still swear by traditional ways of water conservation in the form of ‘nadis or johads,’ ‘beri’, ‘tankas’ and ‘talaabs’ which date back to a few hundred years.

‘Nadis or johad’ as they are called in different parts of the desert state are waterbodies, which have large catchment areas or ‘aghors’ where water is accumulated during monsoons and is used by locals for their daily needs.

The ‘naadi’ in Bhagtasni village near Jodhpur, which is around 200 years old as claimed by locals, is one such example of water conservation.It is not only existing, but is a crucial part of villagers’ life.

Hukum Singh, a 70-yearold who has been taking water from this nadi since childhood told TOI, “My father used to speak about this nadi and how they would take water from here when he was a child. We still use the water from the nadi, which fills up during monsoon and lasts till the next season. Till 15-20 years ago, the water was used by us for drinking, but now we now use it mainly for live stock. When the nadi was created, the science behind it was simple — to have a large area where rainwater flows from the mountains and is collected.”

Similarly, tankas and beri,which have water throughout the year, are still the main sources of water for locals in an age when almost every household also a has a water pipe connection.

Tanka is a small rainwater collection structure in rural houses. A circle shape structure with slope towards its centre, water runs off to the centre and fall into the tanks below. When needed, the water is taken out from a narrow lid, usually enough to drop a bucket into the tank. This water, depending upon the capacity of the tank, is enough for 6-7 months.

It may differ in design, but the objective is to gather rainwater from around the tank and route it to fall into the tank.

Beris are small well-like structures built in the bed of a pond or ‘nadi’ and fulfill the water needs after the pond or ‘nadi’ dried up. They contain water for longer period than the pond as water charged into the ground, keep filing the beris by way of seepage.

Bhawar Lal, who is the priest at a temple near the ‘talaab’ in Guda Bishoniyan village said, “The talaab in our village is around 500 years old and even today is used by the villagers for fulfilling their water requirements. The basic aim was to have an area large enough to collect the rain water. Even if the pond would dry up, water would get stored in the numerous beris which were dug up in the catchment areas. Even today, we maintain it and clean it regularly. They never dry up and since the water is hard in these parts, the water stored in the beris is still used for drinking.Every household also has tankas where water gets stored and is used for daily consumption.”

Not only are these waterbodies a source for survival, but are also tied to the religious mindset of the entire village community. Vikram Singh from Barli village claimed that the all these bodies not only fulfilled their need for water, but also were also considered pious. “Most talaabs and nadis have temples on their banks. They are just not a source of water but sacrosanct for everyone. Water and worship go hand in hand.”