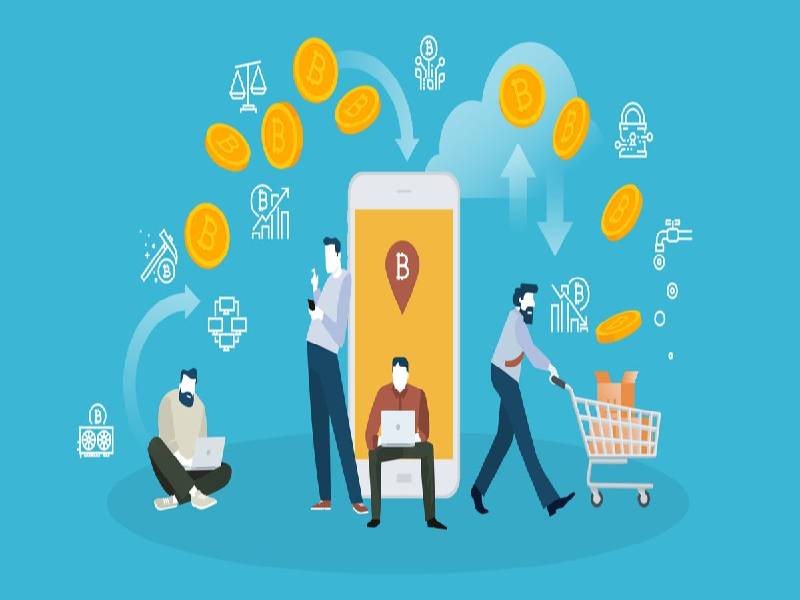 Investing in crypto has gone beyond millennials.

As awareness about cryptocurrency and its utility increases, the new asset class is catching the fancy of those aged over 45 despite the industry lacking a clear regulatory framework, data shared with ET by several Indian crypto exchanges showed.

WazirX, India’s largest crypto exchange, saw a 337% increase in signups by users over 45 between February and April compared to the previous threemonth period. The platform’s largest user base is aged under 30.

Increased institutional investment and acceptance of cryptocurrencies such as bitcoin by companies like Paypal and Mastercard and the heightened visibility about the crypto industry in the media have contributed to the boom, senior executives of several Indian crypto exchanges said.

The youth, armed with knowledge curated from social media channels, are evangelising the nascent industry by educating their parents and grandparents about the technology and its future potential, they added.

For Delhi-based 19-year-old Daksh Miglani, educational material on websites like bitcoinscamhai.com and IndiaWantsCrypto.org helped change his parents’ mind. “Older people are too attached to the traditional financial system. It is hard for them to understand the concept of decentralisation and new ideas that go above and beyond countries,” Miglani said.

The regulatory uncertainty after a ban on cryptocurrency trading by the banking regulator in 2019 — since overturned by the Supreme Court — made his parents sceptical about investing in the asset class. However, after finance minister Nirmala Sitharaman proposed a “calibrated approach” to crypto in March, Miglani’s parents came round and now he manages their investments — about 10% of their total — on WazirX.

Crypto exchange ZebPay has seen a year-on-year percentage increase of 705% in the number of investors above the age of 45 between 2020 and this year, while CoinSwitch Kuber saw a 35% increase in its investor base for the same age group in the last two months. Senior citizens investing in crypto is yet another emerging category. CoinSwitch Kuber onboarded the highest number of users over 65 in April.

“The elderly, too, are becoming more and more tech-savvy and see nothing strange in allocating their savings to assets via swipes on their phones in a bid to diversify their investment bouquet,” said Ashish Singhal, CEO of CoinSwitch Kuber, whose majority user base is under 27. “The interesting part is that their activity matches the young folks.”

Bitcoin, Ethereum, and Ripple’s XRP are popular among those over 65 on CoinSwitch Kuber, Singhal added.

At least half a dozen under 20-yearolds that ET spoke to had convinced their parents and others to invest, in the process also becoming their portfolio managers and advisors.

“We target old and young people who are not aware of blockchain technology and crypto,” said Dheeraj Mehra, 18, who jumped on to the crypto bandwagon this year after seeing Tesla’s Elon Musk and American entrepreneur Mark Cuban promote it on Twitter.

The elderly, too, are becoming more and more tech-savvy and see nothing strange in allocating their savings to assets via swipes on their phones