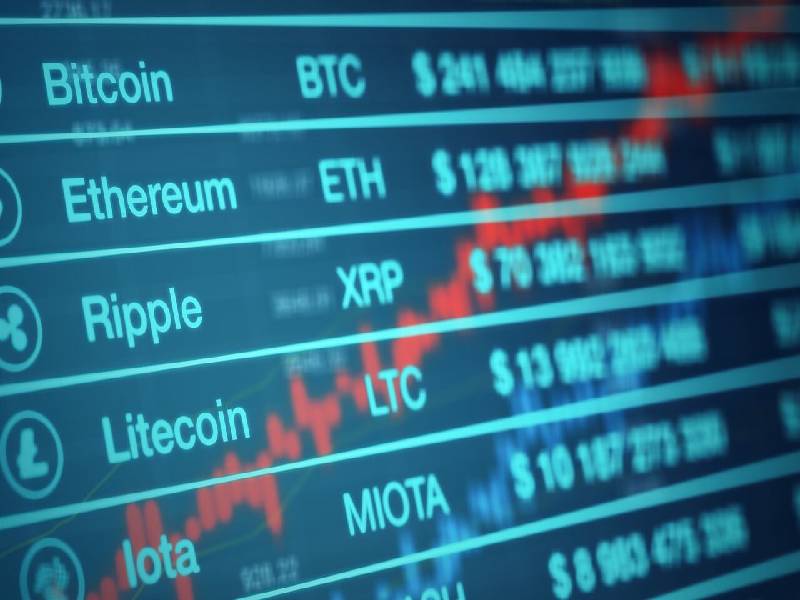 When it comes to decimal places, cryptocurrencies are treading into bizarre territory that other markets have never dared — or bothered, really — to go before. Shiba Inu, for instance, cost just $0.00004893 or so each on Friday afternoon.

The likely explanations for this are a mix of understandable, and befuddling. Retail traders love penny stocks. It’s easy to dream of huge returns when a move from 1 cent to 2 cents doubles your money. So going even smaller than that rides on some long-standing coattails, even if cryptocurrencies Shiba Ibu and Dogecoin don’t bring much else to the table.

“You see, with a lot of these meme coins, such as Doge and Shiba, retail investors are ploughing money into them because they look cheap,” said Halsey Minor, executive chairman of Public Mint, a blockchain platform. “There’s a psychological element here, in many cases, where people think, ‘Oh, a whole Bitcoin is $65,000, but one Dogecoin is only 25 cents’.” But the rationale for such tiny slivers of Bitcoin, Ether or Ether’s cousins (smart contracts using the ERC20 standard that also live on Ethereum blockchain) is harder to explain. Why on earth would anyone need to divide a token up to 18 decimals? (See graphic.) Well, there are not many compelling reasons. Though, theoretically, a token could rise so much in value that all those decimal places could come in handy. In theory, at least.

“18 decimals is a LOT of precision for pretty much any use case,” said Arjun Bhuptani, the co-founder and project lead of Connext, which is what’s known as an interoperability network that enables communication between Ethereum-compatibleblockchains.

“The tradeoff that token creators typically consider when doing this is whether the improvement in user experience outweighs the additional work that would need to happen for other projects and applications to integrate it,” Bhuptani said.

The result is what’s known as decimal precision — or how far to the right of the decimal point that various platforms are willing to go. For example, at Kraken, there are limits on how many numbers can be inputted when placing a trade. Given its high price, the exchange has done away with pennies when it comes to buying Bitcoin — orders can only be placed in dime increments. And when it comes to placing an order for a certain amount of a token, forget about an18-decimal standard for Ethereum-based tokens: You only get 8 on Kraken and many other platforms.

As Kraken explains on its website: “A lower price precision can help order books operate more efficiently by reducing the volume of cancelled (unfilled) orders as traders continually jump in front of each other by small fractions in price.” BLOOMBERG